wnw24
Home Entertainment FCC commissioner: TikTok should be banned in the US 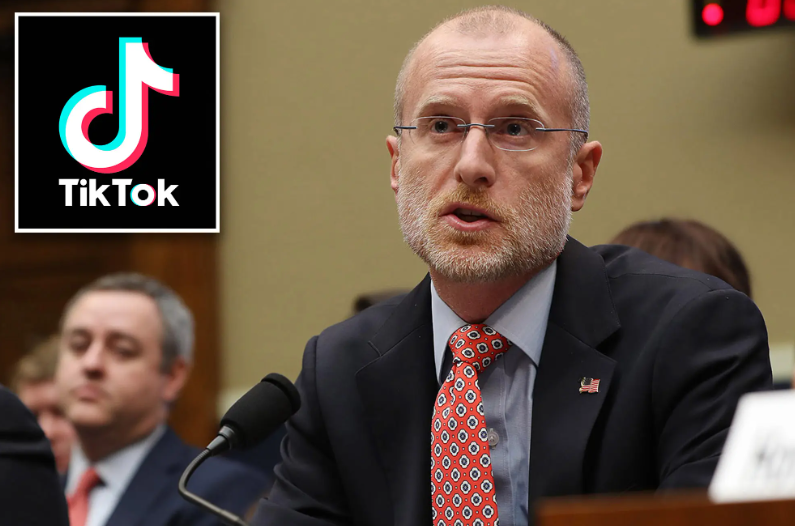 West News Wire: Due to worries about how the China-owned social media network TikTok manages American users’ data, a commissioner at the Federal Communications Commission on Tuesday urged the American government to outlaw the social media platform.

The fast-growing app is currently in negotiations with the Committee on Foreign Investment in the United States, or CFIUS, about whether it can continue operating in the United States if it is sold from its Chinese parent company ByteDance to an American company. The remarks were made in an interview with Axios.

Brendan Carr, one of the FCC’s five commissioners, requested that TikTok be prohibited, citing the company’s apparent incapacity to protect the data of users in the United States.

There is not “a world in which you could come up with sufficient protection on the data that you could have sufficient confidence that it’s not finding its way back into the hands of the [Chinese Communist Party],” Carr told Axios.

“Commissioner Carr has no role in the confidential discussions with the U.S. government related to TikTok and appears to be expressing views independent of his role as an FCC commissioner,” said Brooke Oberwetter, a TikTok spokesperson.

“We are confident that we are on a path to reaching an agreement with the U.S. Government that will satisfy all reasonable national security concerns,” Oberwetter added.

The Biden administration and TikTok wrote up a preliminary agreement to address national security concerns posed by the app but obstacles remain in the negotiations, the New York Times reported in September.

TikTok says that it stores the data of U.S. users outside of China, and has never removed U.S. posts from the platform at the request of the Chinese government.

Buzzfeed reported in June that TikTok engineers based in China gained access to intimate information on U.S. users, such as phone numbers. Forbes reported last month that ByteDance intended to use the app to access information on some users.

The Trump administration tried to ban TikTok in 2020, eventually calling on ByteDance to sell the app to a U.S. company. However, the sale never took place.

The remarks from Carr arrive less than a week before the midterm elections, after which a new Congress may take further steps to ban or limit the app.