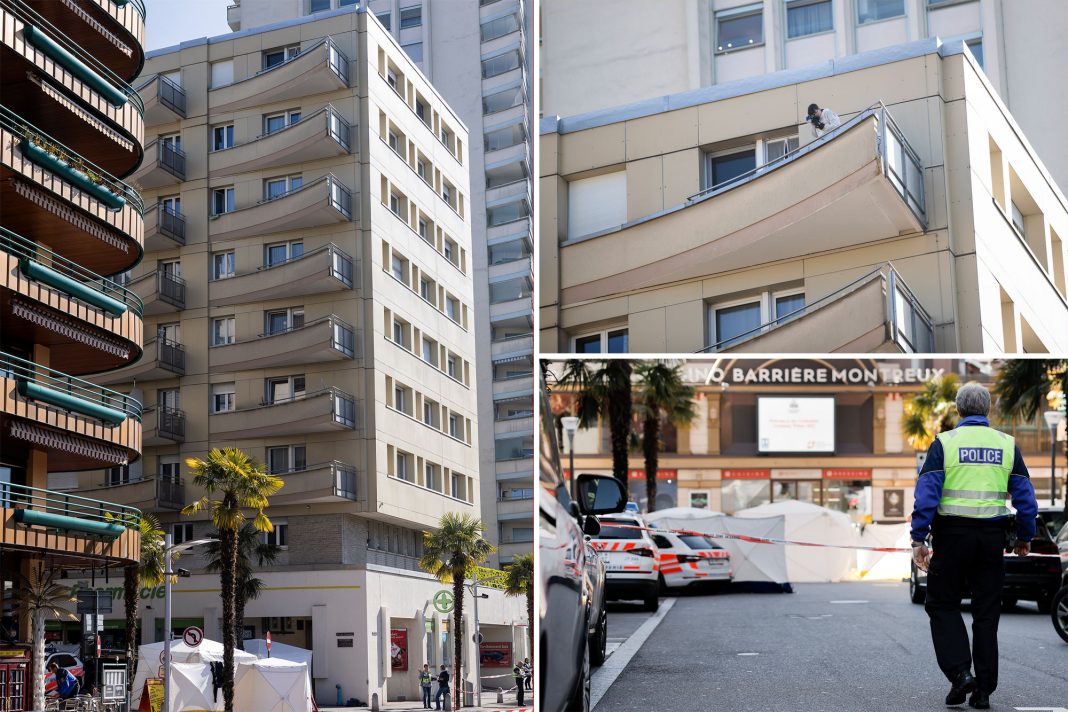 West News Wire: Three adults and a kid died, and a teenager was critically injured, according to Swiss police, after falling from a seven-story residential building in the lakeside town of Montreux on Thursday.

The victims were all French citizens and members of the same family, according to the police. Officers had attempted to execute a warrant in connection with a child’s homeschooling just before the incident, according to authorities.

Authorities have opened an investigation “to determine the exact circumstances and reasons for this tragedy,” police said. “The presence of another person in the apartment at the time of the facts could be excluded at this stage of the investigation.”

A regional police spokesperson, Alexandre Bisenz, told The Associated Press that he couldn’t immediately confirm Swiss media reports that the five had jumped from a building.

Bisenz told the AP they were found at about 7 a.m. Thursday outside a building near the city’s famed Casino Barriere.

In their statement, police said two officers had knocked on the door of an apartment and identified themselves.

“Unable to make contact with the possible occupants, they left the place,” police said. “In the meantime, a witness called the police to report that people had fallen from the balcony of an apartment.”

Montreux, a bucolic lakeside city, is best known as a tourist hot spot and in particular for its annual jazz festival.

Police and emergency teams erected white tents at the scene, and forensics investigators were spotted on the top balcony of the building.