wnw24
Home Uncategorized Healthcare Families get good news on schools but a longer wait on vaccines... 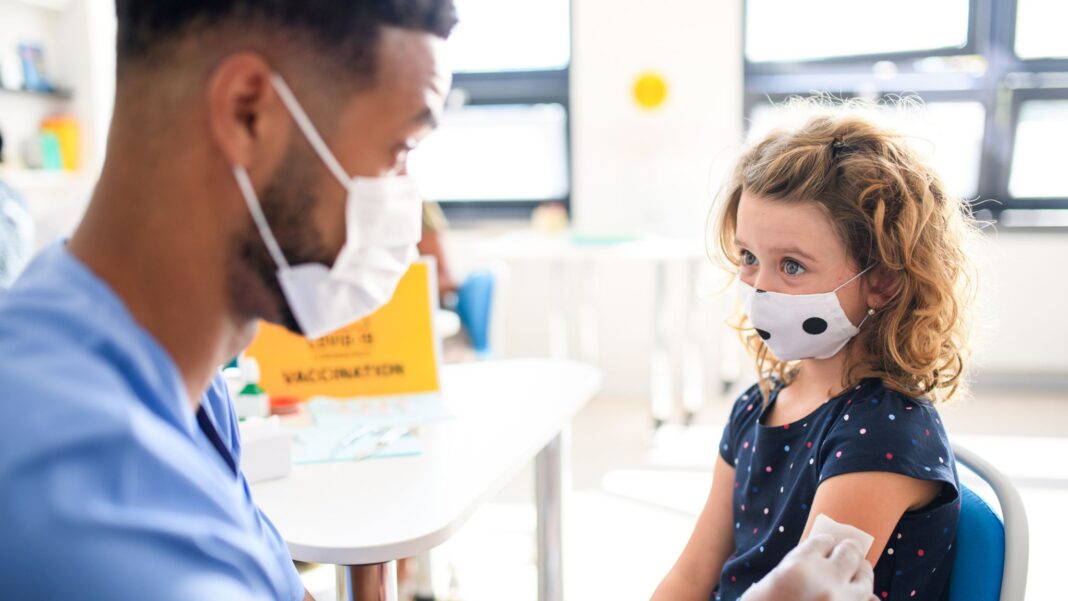 West News Wire: With the omicron strain coming, the pandemic playbook for families with young children received two important changes on Friday — a stomach hit on immunizations but a promising plan for limiting school exposures. They all point to the fact that navigating the coronavirus will be a major issue for the foreseeable future.

Pfizer revealed that its coronavirus vaccine will not be accessible to children under the age of 5 until late March at the earliest, which is a big disappointment for parents of young children. Pfizer and its German partner, BioNTech, will begin evaluating a third shot after the two-dose regimen tested in young children failed to produce a protective immune response in 2, 3 and 4-year-olds.

That setback was accompanied by new data and recommendations that could help families live with the virus while adding logistical challenges and opportunities for school districts. Unvaccinated students exposed to the coronavirus can safely remain in school with regular testing, the Centers for Disease Control and Prevention announced Friday, instead of forcing classrooms into lengthy quarantines that cause losses for children’s education and ripple effects for working parents.

Melissa Gener, a pediatric pathologist and mom of four children in Kansas City, Kan., said she was disappointed by the Pfizer news — and scared for her two youngest, who are 3 and 4 years old.

A recent change to the local school board means a school mask requirement would probably be lifted in January — and Gener’s 4 year-old son has special education needs and must attend school.

“It’s incredibly concerning and frustrating. We were thinking that we would be possibly having our two youngest vaccinated by early February,” Gener said. “This is what I do every day, and I know that most children do very well [with covid], but unfortunately with what I do every day, I see the children who do not do well. There’s no rhyme or reason for it.”

Throughout the pandemic, families have navigated a special set of challenges: Remote school. Children ineligible for vaccines. Quarantines. Frequent testing.

The CDC released two studies Friday that could help provide a path forward through a difficult winter, showing the effectiveness of what’s known as “test-to-stay.” Some school districts have tried this strategy, though it is not widely used.

Typically, students who are deemed close contacts of someone who tests positive for the virus are sent home to quarantine, to make sure people who may be carrying the virus, even without symptoms, do not infect others. But the CDC studied test-to-stay alternative programs in Lake County, Ill., and Los Angeles County.

Close contacts of the people who tested positive were allowed back to school but were monitored for symptoms and told to stay home if they became sick. Once at school, they were regularly tested — at least twice during the seven days after exposure.

“These studies demonstrate that test-to-stay works to keep unvaccinated children in school safely,” CDC Director Rochelle Walensky said at a news briefing Friday. She called it “a promising and now proven practice.”

Quarantining students has been controversial because it interrupts learning as schools labor to make up for months of often substandard remote education. It also forces many parents to scramble for child care at the last minute.

The number of children in quarantine has been climbing quickly, a problem that intensified with the delta surge and could get worse with the new threat of the omicron variant, which is capable of explosive growth and causing infections even in vaccinated or previously infected people.

Education Secretary Miguel Cardona welcomed the test-to-stay news, particularly in light of evidence of the harm caused by remote schooling.

“Schools across the country must do everything possible to keep students safe and ensure that they are able to access high-quality, in-person instruction safely in their schools,” Cardona said Friday.

But the test-to-stay policy requires significant resources. Rapid tests used by schools are in short supply, and as the omicron variant becomes dominant, those shortages are poised to worsen. And test-to-stay requires school personnel to administer the tests, something not every school district is able to muster.

Gener said her school district in November implemented a test-to-stay policy similar to the one endorsed by the CDC, but testing capacity is “busting at the seams” and could be strained further as the omicron variant takes hold.

Children under 5 do not have access to vaccines, and many parents and pediatricians had been hopeful they would have the opportunity to give young children a first shot of protection early next year.

In children under 5, Pfizer and BioNTech have been testing two shots of a three-microgram dose, a small fraction of the adult dose. Because children’s immune systems are different from adults‘, smaller doses are expected to trigger equivalent immune protection. The trials were designed to test the safety and efficacy of the lower dose. 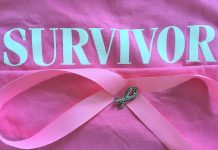 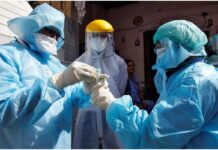 According to the WHO, Omicron cases are doubling every three days 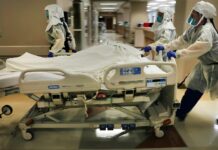