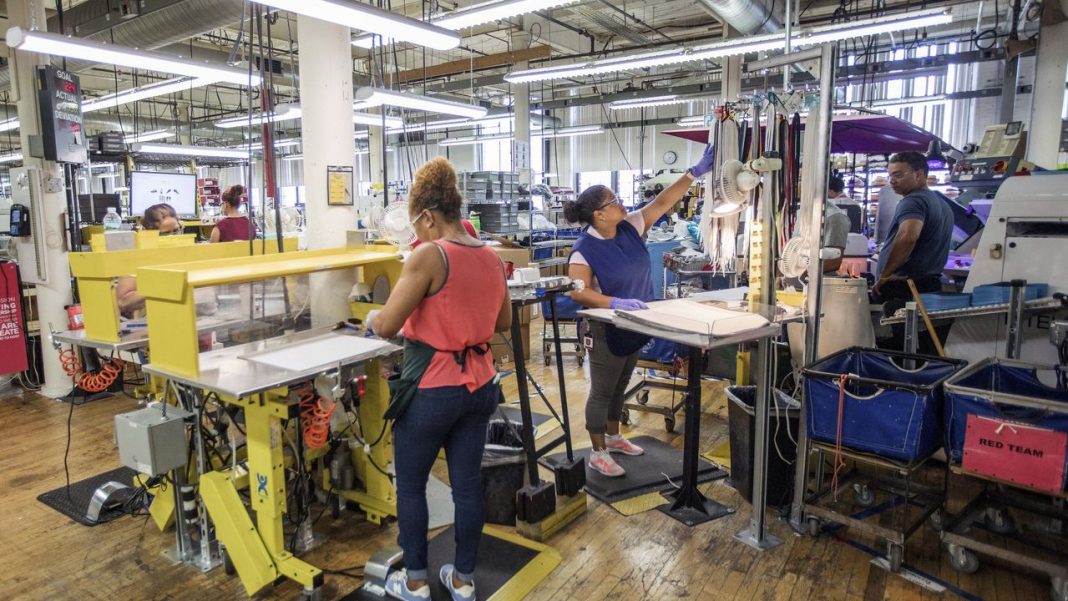 West News Wire: In April, factory activity in the United States rose at its weakest rate in nearly two years, owing to a rise in worker layoffs, and businesses are growing concerned about supplies in the coming months due to additional COVID-19 lockdowns in China.

Manufacturing is still “in a demand-driven, supply chain-constrained environment,” according to the Institute for Supply Management (ISM) report released on Monday.

New coronavirus outbreaks overseas, according to ISM Manufacturing Business Survey Committee chair Timothy Fiore, are “creating a near-term headwind for the US manufacturing community,” with some manufacturers concerned “about their Asian partners’ ability to deliver reliably in the summer months” of June through September.

The ISM’s index of national factory activity fell to a reading of 55.4 last month, the lowest since July 2020, from 57.1 in March. A reading above 50 indicates expansion in manufacturing, which accounts for 12 percent of the US economy.

Economists polled by Reuters news agency had forecast the index rising to 57.6. The second straight monthly decline in the index also reflects spending rotating back to services like travel, dining out and recreation. Government data on Friday showed consumer spending on services increasing by the most in eight months in March, while outlays on long-lasting manufactured goods dropped for a second consecutive month.

Makers of chemical products reported that supplier shutdowns in Shanghai and long delays at ports, including in the US, “are still providing supply challenges”. In the food industry, supply chains were described as “still constrained”.

The ISM survey’s forward-looking new orders subindex dipped to 53.5 from 53.8 in March. Goods spending surged as the COVID-19 pandemic restricted movement. With customer inventories running extremely lean for more than 60 months, manufacturing is in no danger of stalling.

There were fewer workers on factory floors last month. The survey’s measure of factory employment fell to a reading of 50.9 from 56.3 in March. Manufacturers generally reported higher rates of quits compared to the previous months, with fewer saying there had been an improvement in meeting head-count targets. Just over a third expressed difficulty in filling positions, up from 28 percent in March.