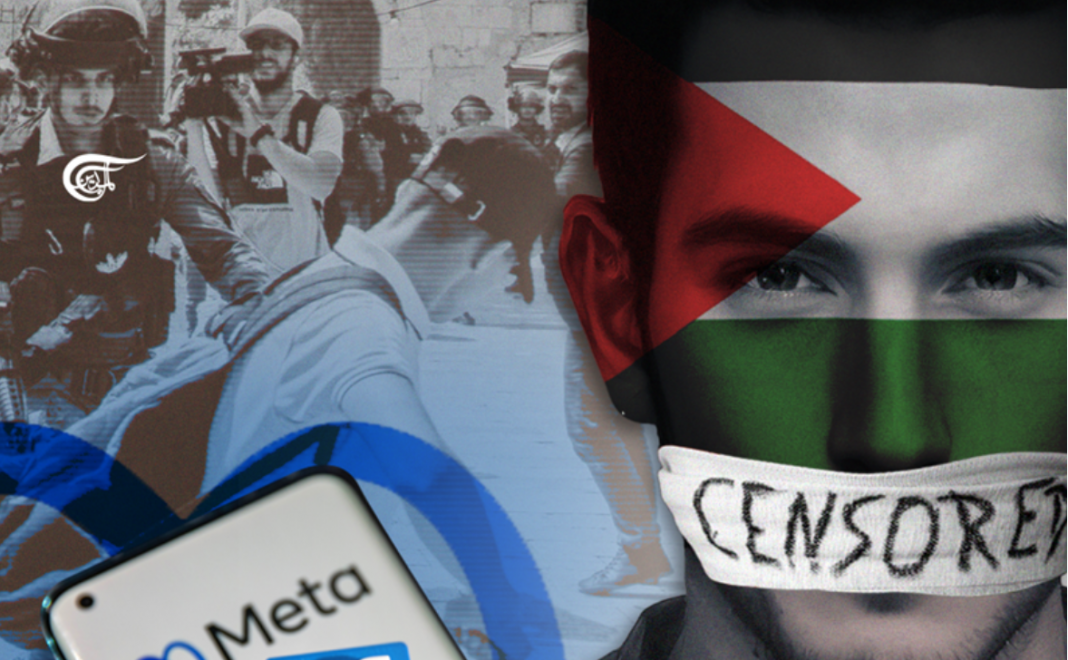 West News Wire: A report published on Thursday reveals that the parent corporation of Facebook, Meta, made content moderation errors that had an effect on Palestinians’ human rights during a rash of violence that occurred in the Gaza Strip in May 2021.

After its oversight board, which looks at some of the social media company’s most difficult content moderation decisions, recommended that Meta do so, Meta enlisted the help of consulting firm Business for Social Responsibility to examine how the company’s policies and actions affected Palestinians and Israelis.

According to the report, Meta’s activities made it harder for Palestinians to exercise their human rights to “freedom of expression, freedom of assembly, political involvement, and non-discrimination.” It also highlights the continued difficulties the corporation has with regard to policing content in languages other than English. Meta owns the world’s largest social network Facebook, the photo-and-video service Instagram and the messaging app WhatsApp.

BSR said in the report that it spoke to affected stakeholders and that many shared “their view that Meta appears to be another powerful entity repressing their voice.”

The research reveals various content moderation mistakes Meta made last year during the Israeli-Palestinian conflict. Arabic-language social media posts “had increased over-enforcement,” which led the business to unintentionally remove posts from Palestinians. The proactive detection rates of possibly illegal Arabic content were, according to BSR, “much higher than proactive detection rates of potentially illegal Hebrew content.”

There was “increased under-enforcement” of Hebrew content because Meta lacked a “classifier” for “hostile speech” in that language. The company’s artificial intelligence technologies are able to automatically detect posts that probably contravene its regulations thanks to a classifier. Meta also outsourced content moderation and fired its Hebrew-speaking staff.

Additionally, Meta incorrectly removed items that complied with its guidelines. The human rights impact of “these errors were more severe given a context where rights such as freedom of expression, freedom of association, and safety were of heightened significance, especially for activists and journalists,” the report stated.

BSR, though, didn’t find intentional bias at the company or among Meta employees but did find “various instances of unintentional bias where Meta policy and practice, combined with broader external dynamics, does lead to different human rights impacts on Palestinian and Arabic speaking users.”

Meta said it’s making changes to address the problems outlined in the report, which The Intercept obtained before its publication. The company said, for example, that it will continue to develop and deploy machine learning classifiers in Hebrew.

“We believe this will significantly improve our capacity to handle situations like this, where we see major spikes in violating content,” said Meta’s director of human rights, Miranda Sissons, in a blog post.

By employing various strategies to ensure that younger generations of Palestinians grow up uneducated and ignorant of culture and science, the Israeli occupation policy in Jerusalem amounts to robbing them of their right to an education up to the university level. As a result, they become estranged from their identity and ancestry.

According to the Gaza Ministry of Education, numerous solidarity events and initiatives have been planned, including: allocating school broadcasts for occupied Jerusalem; educating students about the situation by adding classes about the cause; organizing solidarity vigils with students holding placards condemning the Israeli occupation policy; launching social media campaigns; and inviting academic and national figures to speak to the students about the issue.

The activities are in solidarity with parents, teachers, students, and the Palestinians of Occupied Jerusalem in their protests and actions to combat the occupation, its terrible acts, and its violation of the right to education and the sanctity of schools, according to a ministry spokesman.

The occupation’s inhumane and discriminatory policies were met with stiff resistance from the Jerusalemites and complete rejection from the teaching staff. Mohammed Abu Homos, Palestinian activist, says that international agreements entitle residents of the occupied area to obtain their own education from teachers who carry the same culture and religion.