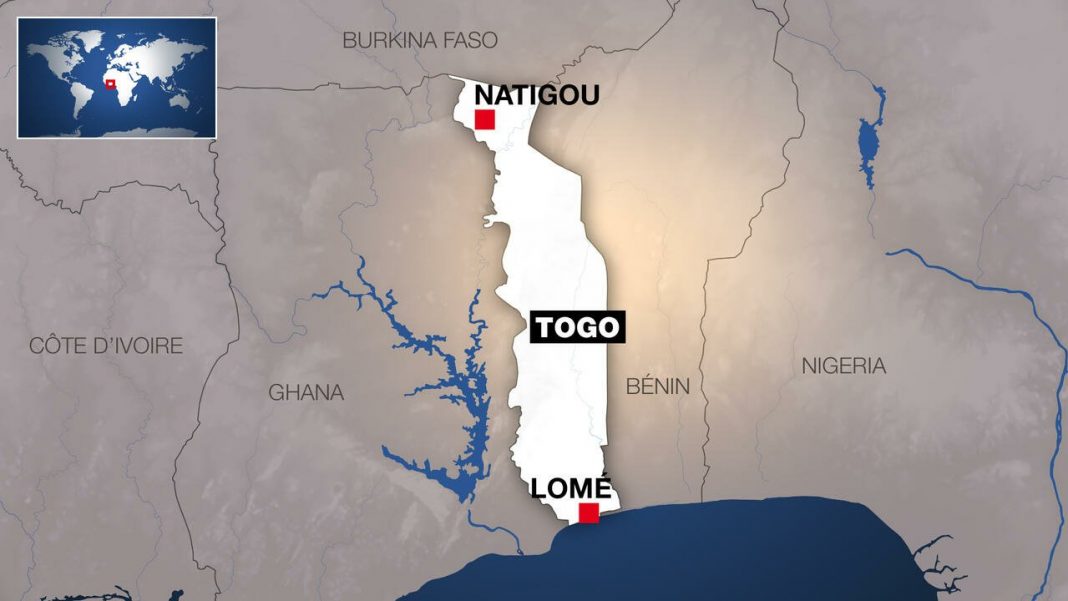 West News Wire: In a blast at Margba, a village in Tone Prefecture, in Savanna, the country’s most northerly region, which has been under a state of emergency since last June, seven children were killed.

The Togolese army released a statement in which it stated that the blast on Sunday killed seven children and injured two others, but it provided no further information. According to an unnamed medical source at the regional hospital in Dapaong, the victims were between the ages of 14 and 18.

The statement continued, “An investigation is opened to clarify the circumstances of this explosion and identify the perpetrators.”

The young people were returning home at night after participating in Muslim festival Eid al-Adha celebrations.

There are concerns among the local population that the blast may be the work of armed groups which are gradually snaking into the country from neighbouring Burkina Faso, which has become the epicentre of conflict in the Sahel.

Since June 13, the Savannah region has been under state of emergency since June 13 following a decree signed by President Faure Gnassingbe following a deadly attack against the Togolese army.

“The decision was taken after the two terrorist attacks perpetrated in this northern part of the country in the space of six months (November 10-11, 2021 and May 10-11, 2022) against the Operation Koundjoare,” a statement from President Faure Gnassingbe’s government official website said.

The statement also said the decision was necessary “to facilitate a better delivery of public services and defense and security forces,” the statement added.

Authorities in Togo established Operation Koundjoare, a military outpost at Koundjoare as part of efforts to thwart potential moves by armed groups in Burkina Faso to sneak into the country.

In the May attack, eight soldiers were killed and 13 others wounded at a security outpost in the locality of Kpendjal in the savanna region by unknown gunmen.