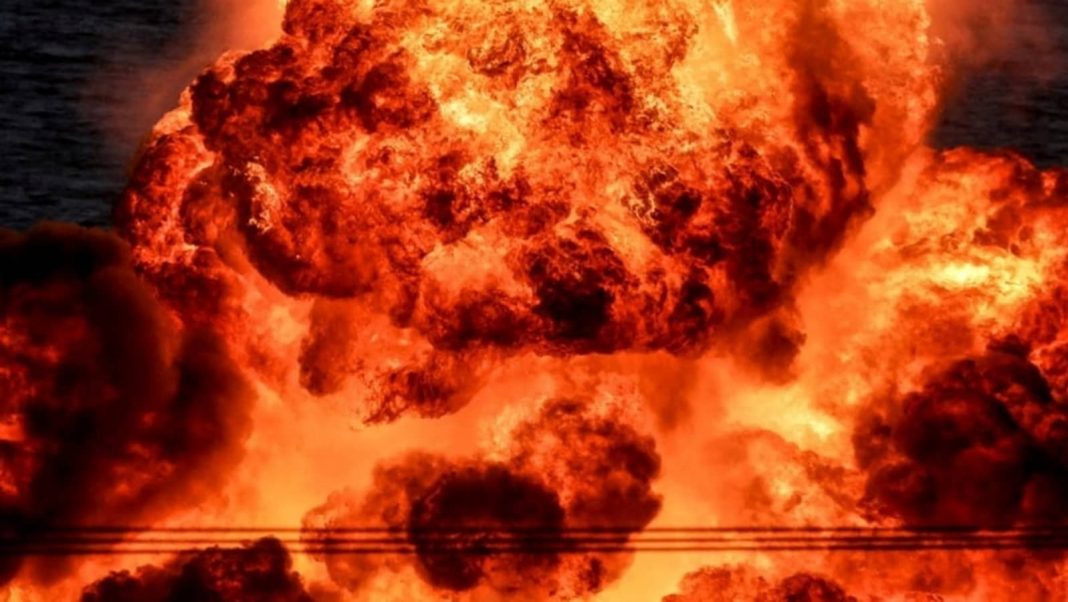 West News Wire: An explosion at an illegal oil processing plant in Nigeria’s Rivers state killed more than 100 people overnight, according to a local government official and an environmental group.

“The fire broke out at an illegal bunkering site, affecting over 100 persons who were charred beyond recognition,” said Goodluck Opiah, the state commissioner for petroleum resources.

Because of the unemployment and poverty in the oil-producing Niger Delta, illegal crude refining has become a lucrative enterprise, but it has terrible repercussions. Crude oil is extracted through a network of pipes controlled by large oil firms and processed into products in improvised tanks.

The hazardous process has led to many fatal accidents and has polluted a region already blighted by oil spills in farmland, creeks and lagoons.

The Youths and Environmental Advocacy Centre said several vehicles that were in a queue to buy illegal fuel were burned in the explosion.

The unemployed youth are trying to produce oil on their own in order to sell to survive. The youths know that this is dangerous but because of the poverty levels, they have taken to [working in] illegal refineries.

The government said the owner of the illegal refinery is presently on the run and they have declared him wanted,” Mbah added. “They’re hoping that if he’s apprehended, they will find out exactly what happened.

At least 25 people, including some children, were killed in an explosion and fire at another illegal refinery in Rivers state in October.

In February, local authorities said they had started a crackdown to try to put a stop to the refining of stolen crude, but with little apparent success.

Read More
In China, a lunchtime blast killed 16 people in a cafeteria

Government officials estimate that Nigeria, Africa’s biggest oil producer and exporter, loses an average of 200,000 barrels per day of oil more than 10 percent of production to those tapping or vandalising pipelines.

That has forced oil companies to regularly declare force majeure on oil and gas exports.