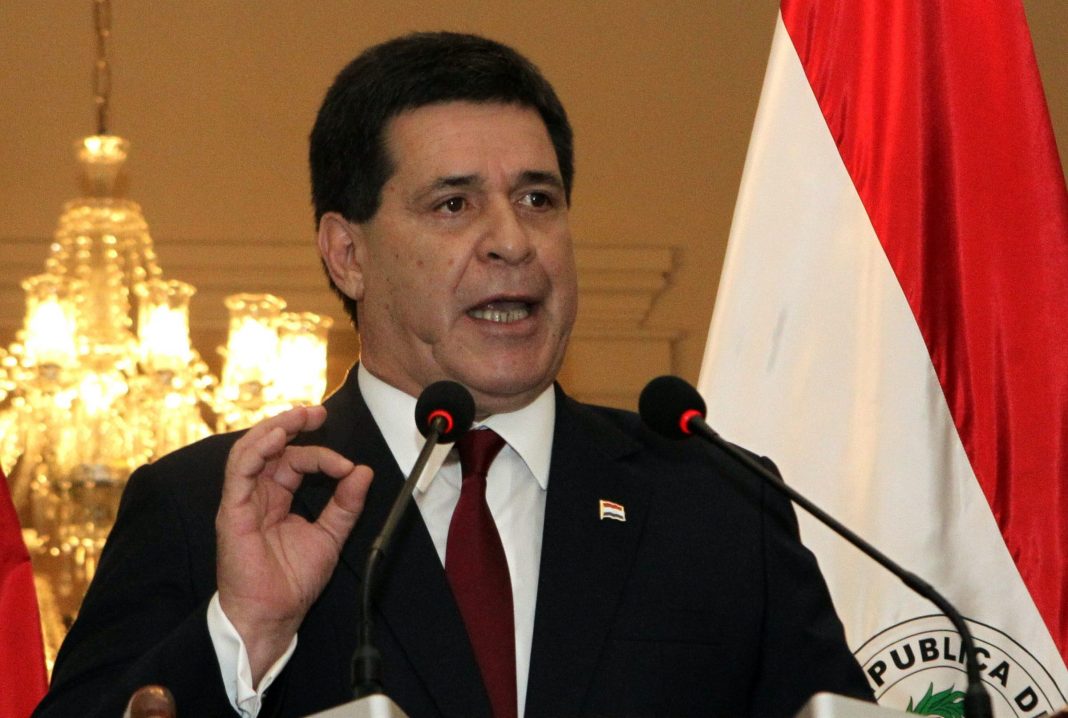 West News Wire: Horacio Cartes, the former president of Paraguay, has been placed on a “no fly” list by the US due to allegations of “significant” corruption and ties to “terrorist” organizations.

Cartes and his three adult children were targeted for corruption on Friday by the US Department of State, who also charged him with obstructing an international felony probe. Cartes, who presided over the landlocked South American nation from 2013 to 2018, is now subject to a US visa ban as a result of the designation.

Secretary of State Antony Blinken stated in a statement that “Former President Cartes impeded a significant international investigation into transnational crime in order to protect himself and his criminal partner from potential prosecution and political damage.”

“These actions undermined the stability of Paraguay’s democratic institutions by contributing to public perception of corruption and impunity within the office of the Paraguayan President.”

Blinken also accused Cartes of “involvement with foreign terrorist organizations and other US-designated entities” without naming them.

Brazil issued an arrest warrant against Cartes in 2019 over money laundering accusations. The former president denied the charge and said he would make himself available for an investigation in Paraguay.

Cartes had recently announced his candidacy to lead the governing Colorado Party, with the primaries set for December. Paraguay will hold a presidential election next year, but the country’s constitution limits presidents to one term in office.

The former president, a business tycoon, is considered to be one of the richest men in Paraguay.

A 2010 US embassy cable, leaked by Wikileaks in 2011, said US agencies were investigating Cartes for an alleged “money laundering enterprise”. Cartes, who was never charged with a crime, has denied any wrongdoing.

“The accusations made during this campaign have no truth to them, and personally I am very serene,” Cartes said while running for president in 2013.

The Trump administration praised Cartes’s government in 2018 for moving the country’s embassy in Israel from Tel Aviv to Jerusalem – a move reversed by his successor President Mario Abdo Benitez months later.

Cartes is the latest Latin American leader to face a US crackdown for alleged corruption.

Former Honduran President Juan Orlando Hernandez is facing corruption and drug trafficking charges in US court after being extradited earlier this year. He has pleaded not guilty.

On Friday, Blinken said US Department of State designations against Cartes and his children “reaffirm the commitment of the United States to combat corruption, which harms the public interest, hampers countries’ economic prosperity, and curtails the ability of governments to respond effectively to the needs of their people”.