wnw24
Home Business Everyone is poorer as Argentina’s inflation surges 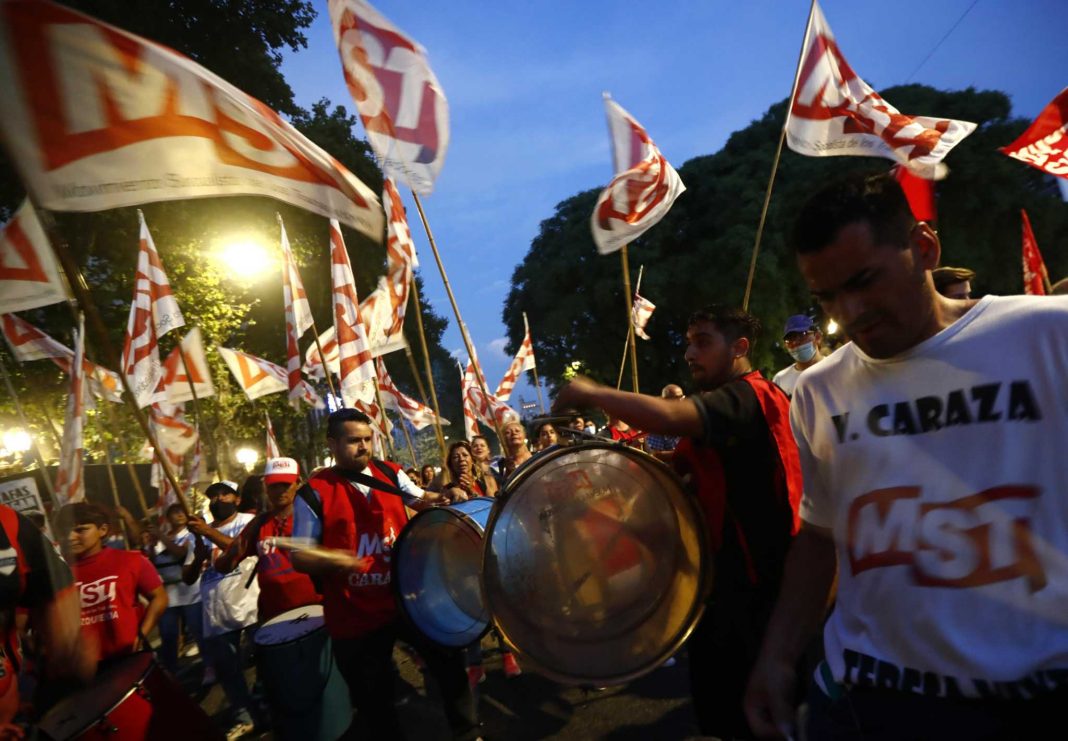 West News Wire: As the economic crisis worsens, the value of the Argentine peso falls and inflation rates break thirty-year highs. Ivana Roa, a former manager at an energy company, returned to school to acquire a degree in law and economics in order to establish a new career and earn more money.

The 29-year-old Roa tutors math to pay her expenses, but she barely has enough money left over to get a calculator for herself. She marched with tens of thousands of others earlier this month to express their outrage at declining salaries in Buenos Aires’ main square.

“I can tell you that every single person here is not only going through an extremely difficult moment, but they just don’t have enough,” said Roa.

“The situation for young people is basically to leave,” she said. “Imagine how sad that is that in a country with good public education, and a free health care system, you have to consider leaving because you feel you don’t have a future.”

With inflation running at 64 percent in the past twelve months and consulting firms forecasting it could hit 90 percent by the end of the year, the prognosis is grim in the third most populous country in South America.

It is difficult to know what something is worth in Argentina now, with prices in grocery stores changing every week. Vendors of construction materials warn buyers that they may not be able to honour a quote for more than a few days, as some manufacturers were forced to halt production altogether. Import restrictions intended to protect the government’s dwindling foreign currency reserves are stoking fears of future shortages. And people are watching in horror as the street value of the US dollar goes up in relation to their fragile currency, regardless of whether they can afford to save in the greenback, because it has become a shorthand for the health of the economy.

Argentina staved off default on a $44bn loan from the International Monetary Fund (IMF) earlier this year, but the legitimacy of the new deal and the spending cutbacks it entails continues to be questioned by swaths of society that cannot make ends meet. An earlier default on a payment in 2020 means that it has limited access to international credit. The resignation of Martin Guzman, the economy minister who had shepherded that deal, signalled a new low in the fractious unity of the ruling Peronist coalition.

At a press conference earlier this month, the newly minted economy minister Silvina Batakis sought to transmit calm and pledged that Argentina will meet the obligations of the IMF deal.

Of his nearly 20 years living in Argentina, “this one is the hardest,” said Bereche, who sees the effect of inflation reflected in his sales. He used to sell two 20kg (44lb) boxes of avocados a day. Now it is half that. Bereche says if it were not for a small 7,000 peso ($54 at the official rate or $21 at Monday’s parallel rate) subsidy from the government, he would not be able to afford the room he rents at 8,000 pesos ($62 at the official rate or $24 at Monday’s parallel rate) a month. With a monthly currency conversion cap set at $200, which is accompanied by a slew of taxes, most people turn to the black market to convert their pesos.