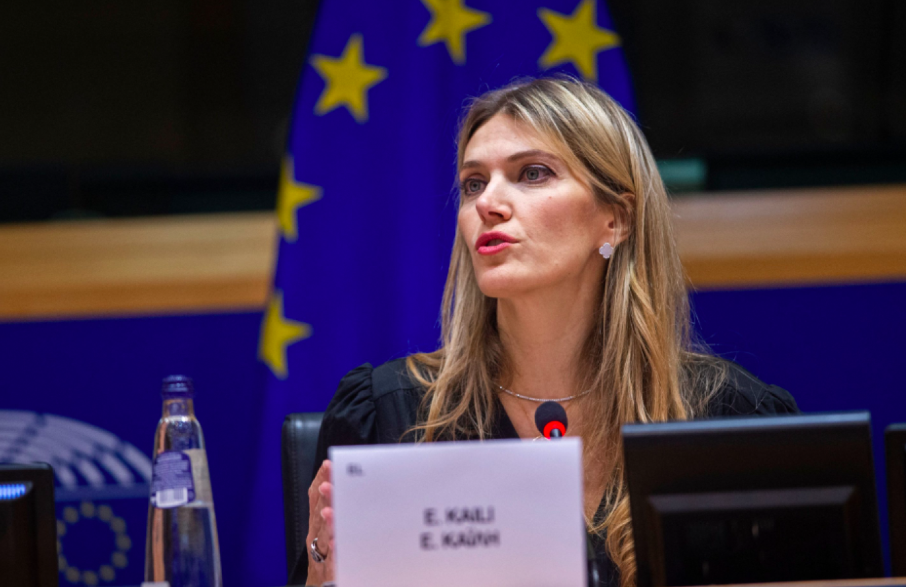 West News Wire: Eva Kaili, a Greek lawmaker, has been expelled from the European Parliament after being charged in a corruption and bribery scam that authorities claim involved a Gulf nation.

Following claims that the nation had paid Kaili to gain influence in the assembly, she was fired from her position on Tuesday. The nation was named as Qatar in reports citing insiders with knowledge of the probe, which denied the charges.

She was one of four people accused of participating in a criminal organization, money laundering, and corruption by Belgian prosecutors. She has denied doing anything improper.

“The State of Qatar works through institution-to-institution engagement and operates in full compliance with international laws and regulations,” the official added in a statement.

On Friday, police in Belgium arrested Kaili, one of 14 vice presidents of the European legislative body, after her house in Brussels was searched.

It was part of a series of raids on the homes and offices of several members of parliament and their assistants or associates.

Investigators said about 1.5 million euros ($1.58m) in total was found.

Some of these “bags of cash” were found in Kaili’s home, a judicial source said, leading a judge to conclude that her parliamentary immunity from prosecution would not apply.

Roberta Metsola, the head of the European parliament, said in a tweet that “this decision [to dismiss Kaili] is effective immediately”.

“We will continue to fully cooperate with relevant national law enforcement and judicial authorities,” she added.

“There will be no sweeping under the carpet. Our internal investigation will look at what has happened and how our systems can be made more watertight,” Metsola said, as 625 parliamentarians voted to remove Kaili from her post, with only one voting against and two abstaining.

Kaili, her father and two other co-accused are in custody pending trial. On Wednesday, a Belgian judge will decide whether to keep them in prison until then. Two other suspects were released after being initially detained.

Several European Union members, including Germany, said that the 27-nation bloc’s credibility was at stake. Countries that have faced criticism from the assembly, including EU member Hungary, said it had lost the moral high ground.

“From now on the European parliament will not be able to speak about corruption in a credible manner,” Hungarian Foreign Minister Peter Szijjarto wrote on Facebook.

The Greek authorities on Monday froze Kaili’s assets in her homeland, while the Greek Socialist PASOK party said it would expel her from its ranks.

Kaili, a Socialist politician, was among several young, aspiring Greek legislators who emerged in the debilitating debt crisis that swept Greece from 2010 to 2015, where the country required three international bailouts.

Some parliamentarians braced for more revelations.

“I’m fearful that what we’re seeing here is just the tip of the iceberg,” warned German social democrat Rene Repasi.