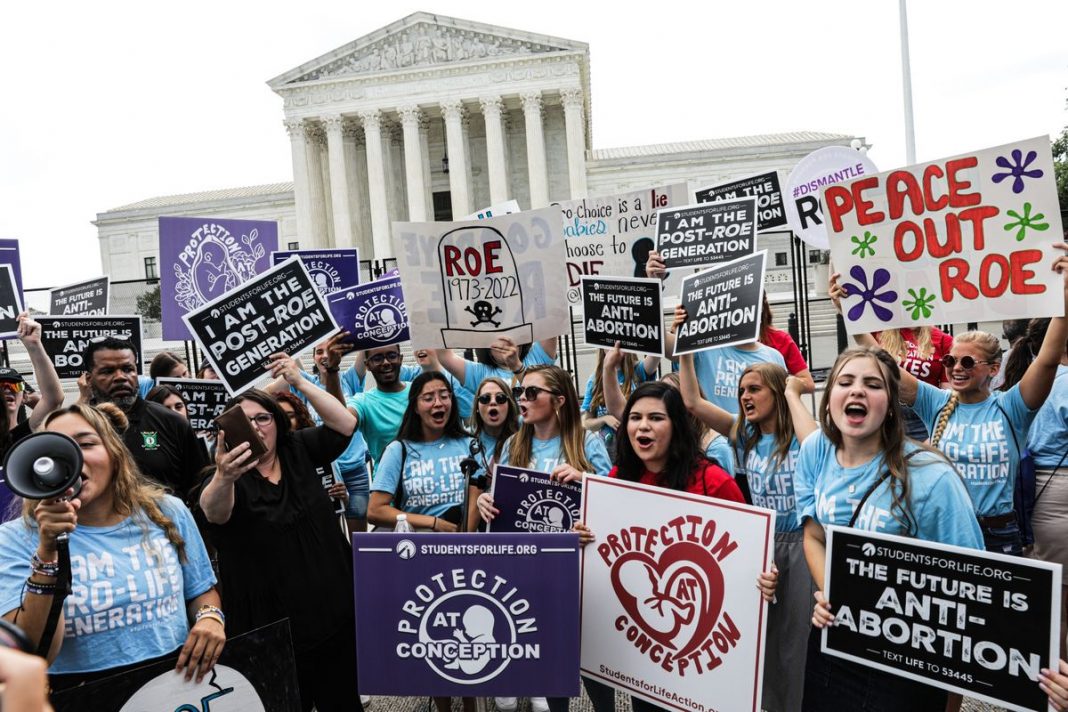 West News Wire: The European Union parliament strongly denounced the repeal of abortion protections in the US constitution on Thursday and demanded that similar protections be incorporated into the EU’s fundamental rights charter.

The European Parliament adopted a resolution that encapsulated the rage felt in many of the EU’s 27 member countries since the U.S. Supreme Court’s decision on June 24 by a vote of 324-155 with 38 abstentions.

It serves as a reminder that we should never take women’s and girls’ human rights for granted and that we should always fight to protect them, according to Swedish politician Helene Fritzon, vice president of a parliamentary alliance of Socialists and Democrats.

Underscoring fears that anti-abortion movements might expand in Europe, some legislators said they wanted to see EU-wide protections adopted.

“The United States has clearly shown why we must use every tool available to safeguard abortion rights in the European Union,” said Stéphane Séjourné the president of the liberal Renew Europe group in the EU Parliament.

The resolution calls on member nations to add a sentence reading “Everyone has a right to safe and legal abortion” to the Charter of Fundamental Rights.

In France, where abortion has been legal for almost half a century, there are now moves afoot to enshrine that in the nation’s constitution and make sure it could not fall victim to momentary changes in politics.

National laws determine the status of abortion in individual EU countries and is legal and practiced without much political opposition in many member nations, but is banned in Malta and increasingly restricted in Poland.

The EU Parliament resolution mentioned a recent case in Malta involving an American tourist who had an incomplete miscarriage and could not get the fetal tissue removed even if her life was in danger. A human rights activist in Poland was charged for providing an abortion pill, according to the resolution.

The Supreme Court’s overturning of the landmark Roe v. Wade decision has emboldened abortion opponents around the world. The EU resolution expressed concern “about a possible surge in the flow of money funding anti-gender and antichoice groups in the world, including in Europe.”