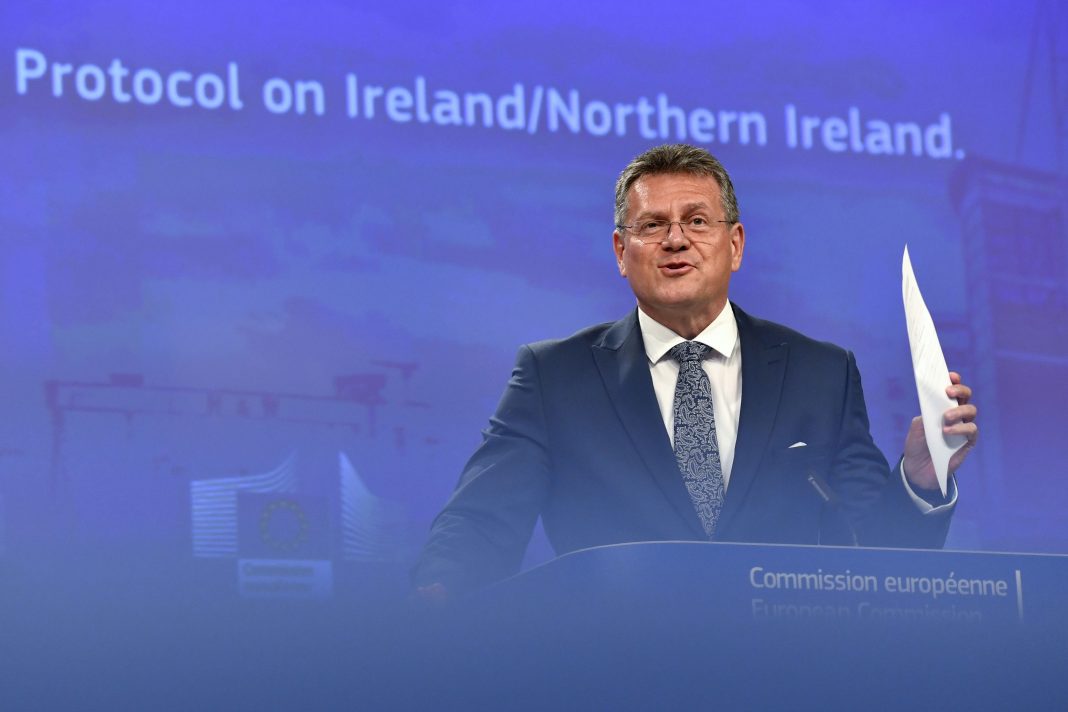 West News Wire: The European Union sued UK on Wednesday over its decision to rewrite trade rules agreed to when it left the EU two years ago, escalating tensions between the major trading partners.

The government of British Prime Minister Boris Johnson proposed legislation earlier this week that would eliminate customs checks on some goods entering Northern Ireland from the rest of the United Kingdom. These checks were imposed as part of a hard-won compromise when Britain left the EU and its borderless free-trade zone, but they have caused economic and political problems in Northern Ireland, where some say they jeopardize the region’s place in the UK.

The EU has slammed Britain’s attempt to rip up a portion of the agreement.

“Let’s call a spade a spade: This is illegal,” European Commission Vice President Maroš Šefčovič told a news conference in Brussels on Wednesday.

The EU’s decision to pursue legal action raises the possibility that either or both sides could impose punishing tariffs on the other. Šefčovič refused to rule out such a move Wednesday. But the prospect of trade war still seemed a distant possibility since both would suffer and have said they want to find a solution outside of the courts.

According to the latest EU figures, the 27-nation bloc is the U.K.’s biggest trading partner, while the U.K. is the EU’s third-biggest trading after the U.S. and China.

At the heart of the dispute and the whole reason a compromise was needed in the first place are concerns about stability in Northern Ireland, which is the only part of the U.K. that shares a border with an EU country, namely Ireland. The checks were imposed in order to keep that border open because that is a key pillar of the peace process that ended decades of violence in Northern Ireland.

But British unionists in Northern Ireland say the new checks have put a burden on businesses and frayed the bonds between the region and the rest of the U.K. The rules have also led to a political crisis in Northern Ireland, where the main unionist party blocked the formation of a new power-sharing government in Belfast, saying it won’t take part until the Brexit trade rules are scrapped.

Šefčovič, the EU commission official, said he’s willing to keep talks going with the U.K. but insisted solutions should be found within the original agreement, called the Northern Ireland Protocol.

The EU says it reopened the case out of frustration with those talks. The EU Commission added that if the British government does not reply within two months, it will consider taking the U.K. to the European Court of Justice.

“There have been only new and new demands coming from the U.K. government,” Šefčovič said.

The EU also opened two other legal actions that accuse the U.K. of ignoring two other parts of the post-Brexit agreement.

The U.K. government said its proposed measures ease the burden on businesses and customers, including by reducing paperwork for goods coming from Britain into Northern Ireland and that are staying there. Goods continuing on to Ireland or elsewhere in the EU would continue to be checked at Northern Ireland ports.