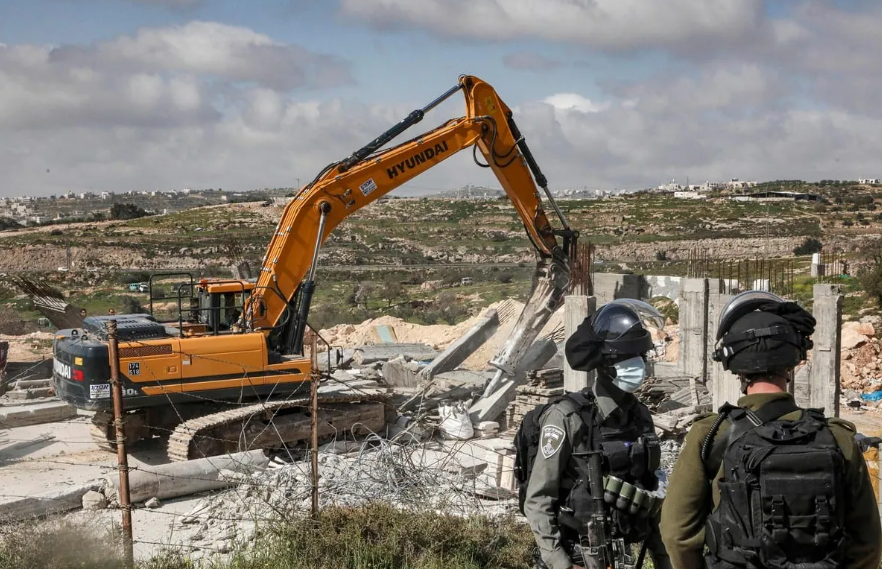 West News Wire: In response to parliamentarians, European Crisis Management Commissioner Janez Lenarcic stated over the weekend that Brussels has frequently demanded that Israel pay for the demolition of homes in the West Bank that were constructed with financial assistance from the EU and its member states.

Lenarcic’s written response, according to the Israeli newspaper Haaretz, came after 24 MEPs wrote the Crisis Management Commission and demanded that Israel make up for the loss of EU taxpayer funds.

According to Haaretz, the letter stated that “Israel did not bear the financial costs for the illegal demolitions and the breaches of human rights.”

In his response, Lenarcic stated that the EU has consistently condemned “Israel’s settlement policy and illegal actions taken in this context,” adding that the bloc has on a number of occasions requested that Israel “return, or compensate for, EU-funded assets that have been demolished, dismantled or confiscated.”

However, despite working to receive this compensation through diplomatic and political channels, the commissioner admitted that a “a list of possible options to secure compensation from Israel for EU funding lost in demolitions” has yet to come up for discussion in the Council of Europe.

Lenarcic stated, “It is for the Council, acting by unanimity, to decide on the potential adoption of EU restrictive measures.

Over 700 people were displaced in the first eight months of 2022, according to the United Nations Office for Coordination of Humanitarian Affairs (OCHA), after Israeli authorities destroyed, seized, or forced others to destroy a total of 590 Palestinian-owned structures throughout the West Bank, including East Jerusalem. Israel demolished 202 structures in all in July and August, 29 of which were delivered as humanitarian help sponsored by donors.

According to the report, 2022 statistics were lower than those from 2021, when the Israeli government had destroyed 911 buildings and evicted 1,209 persons.