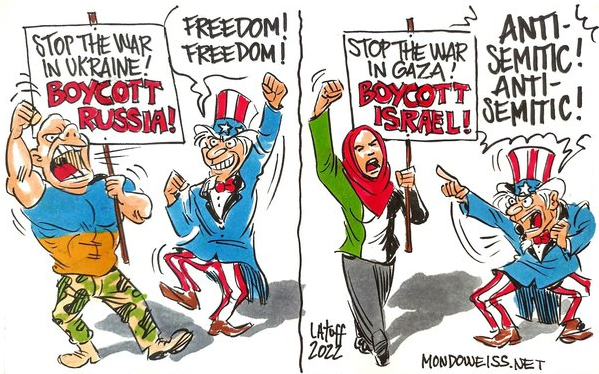 West News Wire: Josep Borrel, the head of the EU’s foreign policy, said in an interview that international relations are rife with double standards after being questioned about why Brussels was more eager to defend the people of Ukraine than the people of Gaza. He blamed the US for the Middle East turmoil and claimed that the EU had no control over it.

“We receive a lot of flak for having double standards. However, a significant portion of international politics revolves around using selective justice. We don’t apply the same standards to every issue, he told the newspaper El Pais, as reported on Thursday.

Borrell had earlier in the interview stated that it was a “moral obligation” for Western countries to back Kiev against Moscow.

“Resolving the situation with those people trapped in an open-air prison, which Gaza is, is not in the hands of the EU,” the diplomat said. He called the squalid living conditions in Gaza “scandalous” and “a shame,” but would not be drawn on the origins of the humanitarian crisis.

Gaza is under a blockade by Israel, which claims it is the only way to contain the threat of Palestinian militants, who hold power in the area. There are regular clashes between the sides. The latest hostilities, during which Israel fought against the Islamic Jihad group, occurred this month and ended in a truce on Monday.

Critics say the suppression of Palestinians, both in Gaza and in the West Bank, only breeds more hatred and radicalism, perpetuating a vicious cycle of Arab-Israeli violence.

Borrell explained that “there is no solution to the Middle East conflict without a very strong commitment on the part of the US.” Many attempts were made in the past, but at the moment there appears to be no path forwards, he concluded.

The US has demonstrated unwavering support of Israel, even as it continued building illegal settlements in occupied Palestinian territories and took other actions that antagonized the Palestinian people.

Critics of Washington, including the leadership of the Palestinian authority, said it has long lost its credibility as an impartial mediator in the conflict.