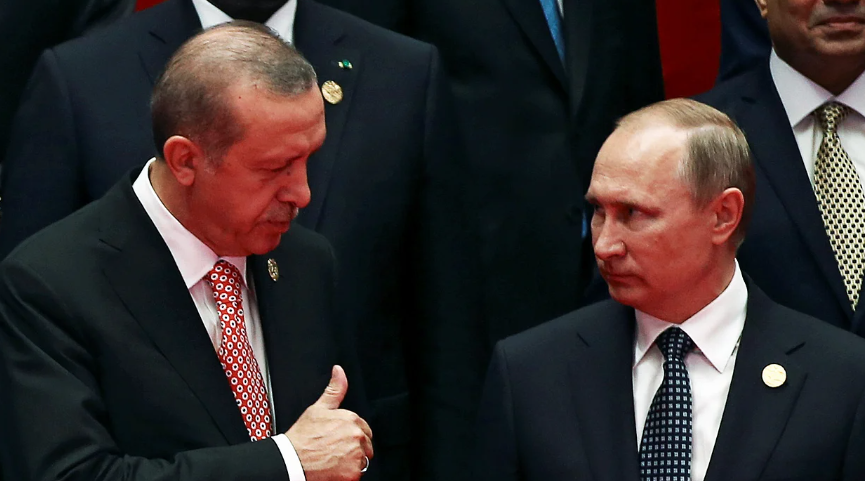 His appeal on Monday came as diplomats were trying to come up with a way to get around a Russian veto to a system that has allowed aid to continue to flow into the war-torn nation since 2014.

United Nations aid can only reach civilians by crossing the Turkish-Syrian border at the Bab al-Hawa crossing and avoiding areas that are under the control of Syrian government forces.

Russia, an ally of the Syrian government, used its veto power on the UN Security Council to strike down Western proposals to keep the border crossing open for another year.

The standoff came with diplomatic tensions at historic highs since Russia’s invasion of Ukraine.

The Security Council has previously extended the cross-border mechanism after it had expired and several sources said a vote was still possible this week.

Erdogan has tried to leverage his good working relations with both Putin and Western-backed leaders in Kyiv to calm tensions.

On the call on Monday, Erdogan also urged the Russian president to take action regarding the UN’s plan to establish safe corridors in the Black Sea for grain exports.

The Turkish leader reiterated that the ongoing war between Russia and Ukraine should be ended with a lasting and just peace through negotiations.

Ukrainian President Volodymyr Zelenskyy said later on Monday he had held talks with Erdogan on the need to unblock Ukraine’s ports and resume its grain exports.

“We appreciate [Turkish] support. Discussed the importance of unblocking [Ukrainian] ports and resuming grain exports. We must also prevent Russia from taking our grain from [occupied territories],” he tweeted.

The UN has submitted a plan to facilitate exports that would see safe corridors set up around known mines.

The proposal has gained only limited support in both Moscow and Kyiv.

Ukraine has accused Russia of stealing grain from the country and selling it, while Russia has denied the claims.

The allegations come amid fears of a global food crisis over Ukraine’s inability to export millions of tonnes of grain through its blockaded ports.