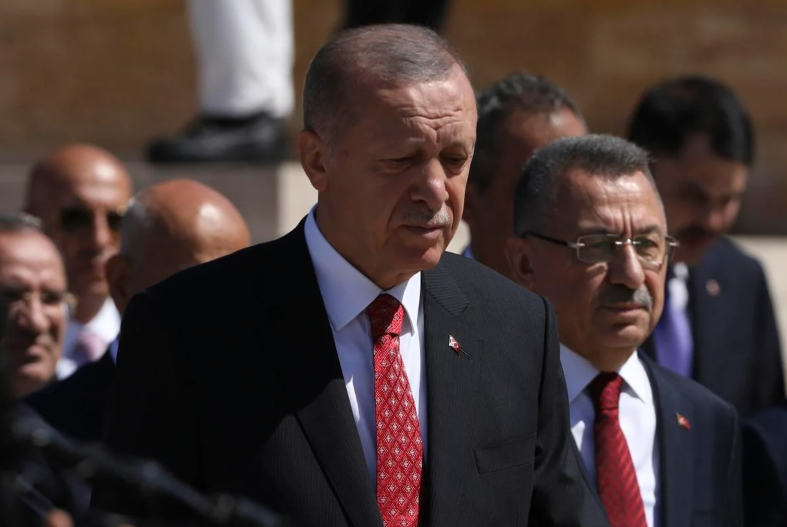 West News Wire: Recep Tayyip Erdogan, the president of Turkey, threatened military action against Greece and warned that it would pay a “high price” if it persisted in bothering Turkish fighter jets over the Aegean.

Hey Greece, look at the past. If you continue, you will pay a high price, Erdogan warned the crowd during a rally on Saturday in Samsun, a city on the Black Sea.

Previous rivals Overflights, the status of the Aegean islands, maritime boundaries, Mediterranean hydrocarbon resources, and the 1974 partition have all been points of contention between Turkey and Greece.

Turkey has in recent months complained of what it calls provocative actions by Athens, saying such moves undermine peace efforts.

In one such incident, Ankara said last weekend Greece had used a Russian-made air defence system to harass Turkish jets on a reconnaissance mission in what it termed a “hostile action”.

In his address, Erdogan accused Greece of “attempting to threaten us with S-300s”.

Athens has dismissed the allegations and often accuses Ankara of overflying Greek islands.

An infuriated Erdogan accused Greece of “occupying” islands in the Aegean Sea that have a demilitarised status.

“We have only one word to tell Greece: do not forget Izmir [Smyrna in Greek],” Erdogan said, referring to the end of the Greek occupation after Turkish forces entered the city on the Aegean coast in 1922.

“Your occupation of the islands does not bind us,” Erdogan said.

Ankara has recently accused Athens of arming the demilitarised Aegean islands something Athens rejects, but Erdogan had not previously accused Greece of occupying them.

In June, Turkish Foreign Minister Mevlut Cavusoglu said Ankara would challenge Greece’s sovereignty over the islands if it continued to send troops there.

The Aegean Sea has complex geography with more than 2,000 islands, most of them Greek.

The two countries came to the brink of war in the 1990s over a pair of small uninhabited islets known collectively as Kardak in Turkish and Imia in Greek.

Erdogan cut off dialogue with Greece after accusing Greek Prime Minister Kyriakos Mitsotakis of lobbying against US arms sales to his country.

Mitsotakis “no longer exists” for him, he fumed in May.

Greece and Turkey are also seeking US arms.

Turkey is negotiating for F-16 purchases after Washington kicked Ankara out of the F-35 programme for taking delivery of an advanced Russian missile defence system in 2019.