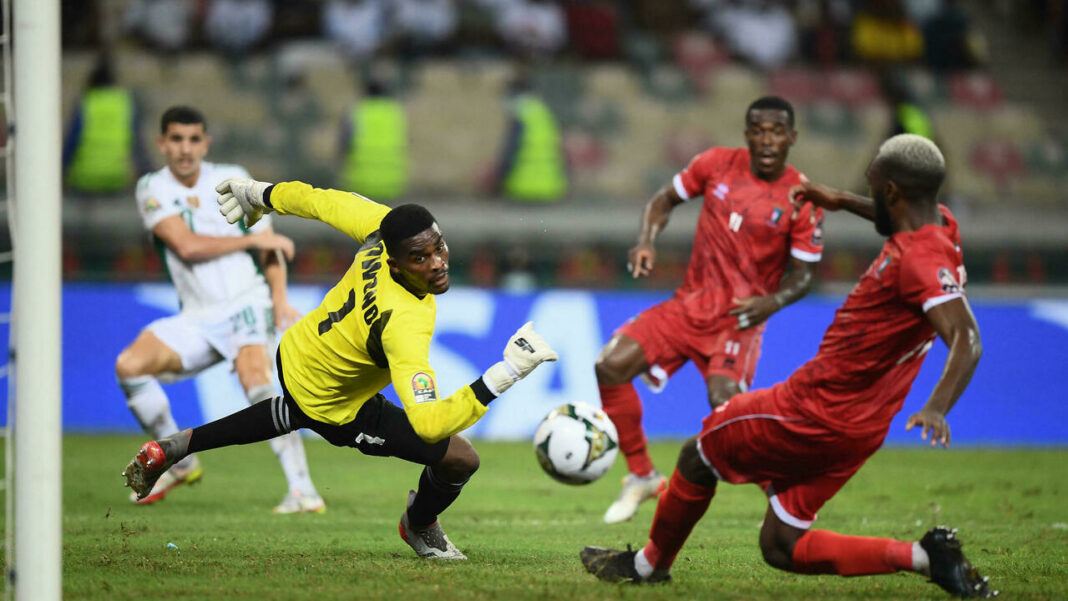 Algeria’s high-pressure tactics allowed them to dominate play for much of the game on Sunday, but their efforts were in futile as none of their attempts struck the back of the net.

Algeria’s sterility was exploited by an Equatorial Guinean team that was tight and tactically rigorous, with Esteban Obiang scoring the game’s sole goal in the 70th minute.

This was Algeria’s second setback in the competition, which is being hosted in Cameroon. They 1-1 with Sierra Leone in their first encounter last week.

Algeria had not lost a game since 2018 and was just two games short of matching Italy’s world record of a 37-match unbeaten streak.

“Everyone was talking about our unbeaten run but now we need to focus on something else, go out and secure qualification,” said Algeria manager Djamel Belmadi.

The holders now need a win in their final group game against Ivory Coast on Thursday to have a chance of reaching the round of 16.

In the other Group E game on Sunday, Sierra Leone capitalized on a terrible goalkeeper error deep in injury time for a 2-2 draw against two-time champion Ivory Coast.

Goalkeeper Badra Ali Sangaré landed awkwardly while trying to gather a header back from one of his defenders that was going out for a corner, with the ball slipping out of his grasp and allowing Alhaji Kamara to score Sierra Leone’s equalizer in the 93rd minute.

Sierra Leone has now drawn against two heavyweights in Algeria and Ivory Coast to be unbeaten on its first AFCON appearance in 26 years.

Meanwhile, tournament debutants The Gambia remained at the top of Group F after converting a 90th-minute penalty for a 1-1 draw with Mali.

Both sides scored penalties that were awarded after VAR checks. Ibrahima Kone scored for Mali in the 79th minute. But the Gambia, which had earlier hit the post and the crossbar with free kicks, saved a point through Mussa Barrow in the last minute.

The Gambia is unbeaten in its first two games at a major tournament, having won against Mauritania in its opener.

In the other Sunday game in that group, Tunisia recovered convincingly from its highly contentious loss to Mali to beat Mauritania 4-0.

Tunisia was 2-0 up after just eight minutes when captain Wahbi Khazri scored the first of his two goals in the match. Hamza Mathlouthi and Seifeddine Jaziri also found the back of the net in the expected win.

On Monday, hosts Cameroon, who have already secured passage to the next round, take on Cape Verde, while Burkina Faso play bottom-of the-group Ethiopia, in the final day of Group A fixtures. Both matches kick off at 16:00 GMT.