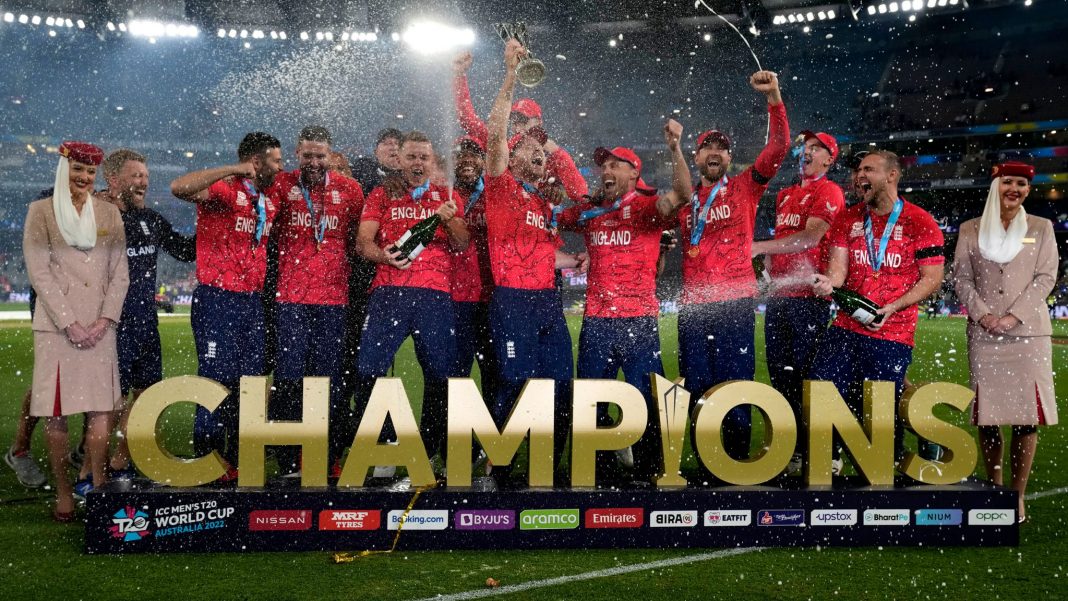 West News Wire: The T20 World Cup has been won by England after a five-wicket victory over Pakistan.

Ben Stokes made a half-century on Sunday in Melbourne to lead the team home after England, needing 138 to win the title for a second time, faltered in the chase thanks to some hostile fast-bowling by Pakistan.

England defeated Pakistan in the final of the 50-over ODI World Cup thirty years after Pakistan won the match at the same location thanks to some outstanding death bowling and some heroics from Stokes.

After being put in to bat by England captain Jos Buttler, Pakistan imploded in the last overs to score a dismal 137 for eight, with all-rounder Sam Curran compiling a pitiful 3-12.

The heavy rain forecast never hit the MCG as England, led by the unflappable Stokes, reeled in the total with six balls to spare.

Sealing their second T20 World Cup, England are now the first nation to hold both global white-ball trophies, having won the 50-over World Cup on home soil in 2019.