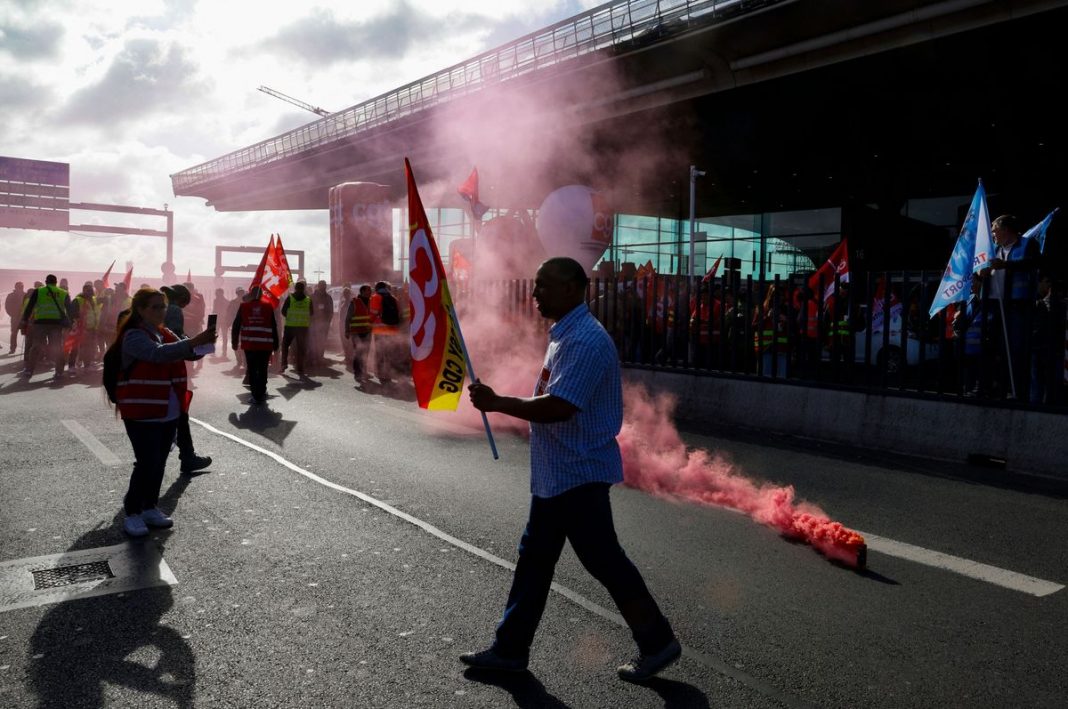 West News Wire: On Friday, there were delays for flights out of Charles de Gaulle Airport in Paris and other French airports as airport staff staged a strike and protested for pay increases to keep up with inflation.

The labor strike is the most recent issue to affect international airports this summer as travel picks up again following two years of virus restrictions.

The recent chaos experienced in London, Amsterdam, and some other European and American cities has largely avoided French airports. However, on Friday, the first significant day of the summer travel season in France, striking workers attempted to draw attention to the suffering caused by inflation by staging a walkout.

Protests were planned at both airports, and the Paris airports authority warned of potential delays in getting into terminals and at check-in, passport control and security stations.

Unions said the strike could last through Sunday.

Paris airport workers are seeking a raise of 6% raise retroactive to Jan. 1, while management is proposing 3%, according to French media reports. Airport firefighters at Charles de Gaulle are also on strike with specific salary demands, forcing the airport to close some runways.