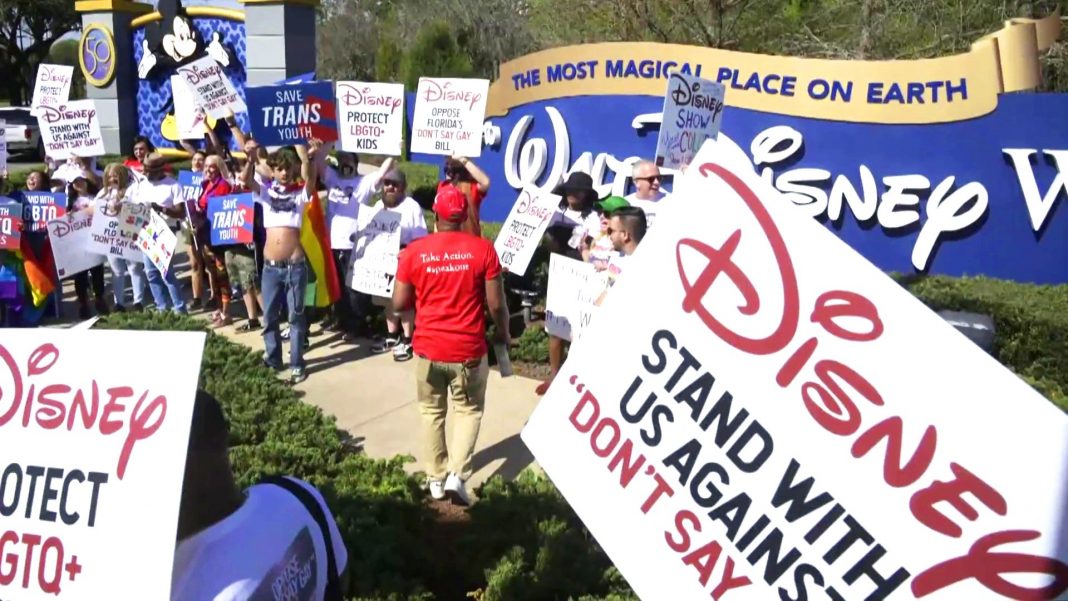 West News Wire: The Walt Disney Company’s LGBTQ employees and allies are planning a walkout in protest of Florida’s Parental Rights in Education bill, which opponents have called the “Don’t Say Gay” bill.

The protest’s website claims, “The Walt Disney Company’s (TWDC) LGBTQIA+ community and their allies are determined to take a stand against TWDC’s apathy in the face of the prejudiced ‘Don’t Say Gay’ bill put forth by the FL state government.”

“The recent statements and lack of action by TWDC leadership regarding the ‘Don’t Say Gay’ bill have utterly failed to match the magnitude of the threat to LGBTQIA+ safety represented by this legislation,” the website says.

Opponents of the bill say it would shame and silence LGBTQ youth and could have major negative consequences on their mental health.

The bill prohibits instruction on sexual orientation or gender identity from kindergarten to third grade and would limit or prohibit what classrooms can teach about sexual orientation and gender identity in other grades unless they are “age appropriate or developmentally appropriate,” a threshold criticized as vague by the bill’s opponents. It would also allow parents to sue schools that engage in these topics.

Disney CEO Bob Chapek has been criticized for his response to the bill, first for his silence on the legislation and later for not outright condemning the bill in his public statements.

Chapek has since said he would pledge $5 million to groups advocating for LGTBQ+ rights and protections and added that he has contacted Gov. Ron DeSantis’ office in opposition of the bill. He also said political donations in Florida will be paused pending review for any connection to the bill.

“We are hard at work creating a new framework for our political giving that will ensure our advocacy better reflects our values,” Chapek said in an email to Disney employees. “I am committed to this work and to you all, and will continue to engage with the LGBTQ+ community so that I can become a better ally.”