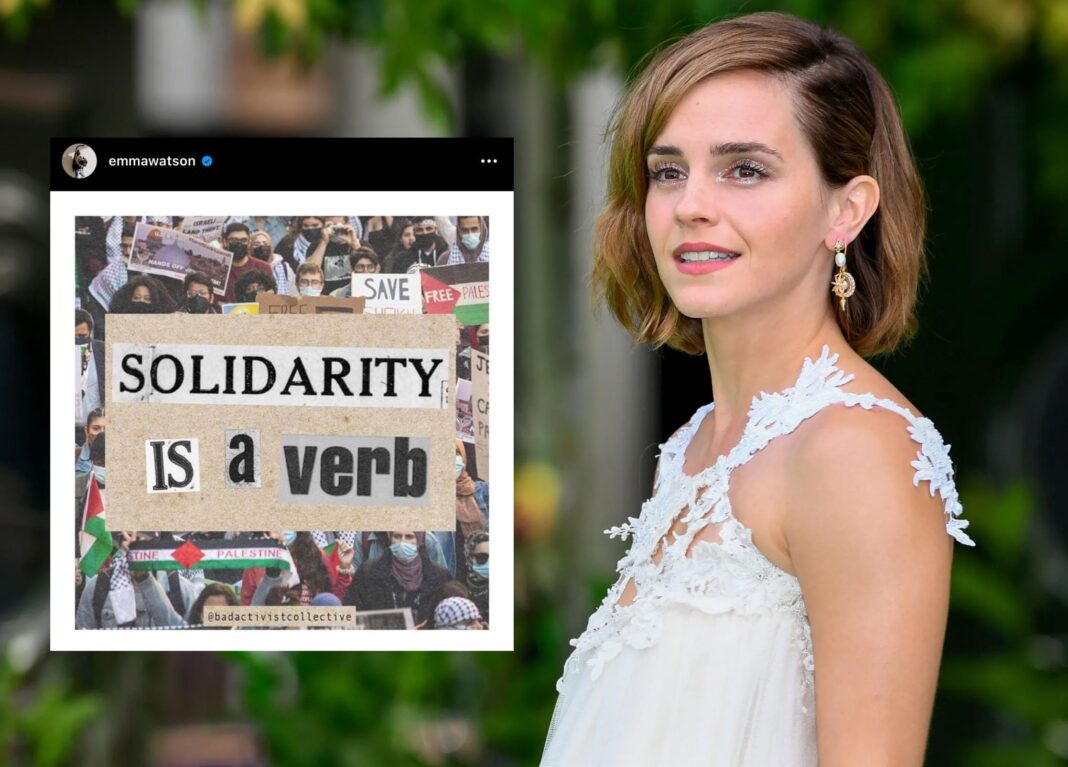 On Monday, the actress’s Instagram account uploaded a photo from a pro-Palestinian march with the caption “Solidarity is a verb.” She is best known for her role as Hermione Granger in the Harry Potter movie.

The image was initially released by the Bad Activism Collective in May of last year, during Israel’s 11-day deadly attack on the beleaguered Gaza Strip. A number of celebrities, like Bella Hadid and Susan Sarandon, had chimed in on the crisis at the time, posting messages in favor of Palestinians.

In the caption, there is a quote from British-Australian activist Sara Ahmed, saying: “Solidarity does not assume that our struggles are the same struggles, or that our pain is the same pain, or that our hope is for the same future.

“Solidarity involves commitment, and work, as well as the recognition that even if we do not have the same feelings, or the same lives, or the same bodies, we do live on common ground.”

The post, which by Tuesday had nearly one million likes and more than 89,000 comments, was hailed by pro-Palestine social media users. Many thanked Watson for her support, while some added the hashtags #FreePalestine and #PalestineWillBeFree to their comments.

On the other hand, Israel’s ambassador to the United Nations, Gilad Erdan, criticised the post.

“Fiction may work in Harry Potter but it does not work in reality,” he wrote on Twitter. “If it did, the magic used in the wizarding world could eliminate the evils of Hamas (which oppresses women and seeks the annihilation of Israel) and the PA (which supports terror). I would be in favor of that!” he said.

His comments followed those of former Israeli ambassador to the UN, Danny Danon.

“10 points from Gryffindor for being an anti-Semite,” Danon tweeted.

Danon’s accusations were dismissed by Leah Greenberg, co-executive director of Indivisible Project, a non-profit organization founded in 2016 in response to Donald Trump’s election as US president, who said they were “a perfect demonstration of the utterly cynical and bad-faith weaponisation of antisemitism to shut down basic expressions of solidarity with the Palestinian people.”

Mohammed El-Kurd, a Palestinian journalist and activist who was instrumental in raising international awareness about the forced eviction of Palestinians in the occupied East Jerusalem neighborhood of Sheikh Jarrah, responded by saying Watson’s “simple statement” had sent “Zionists everywhere… into a frenzy.”