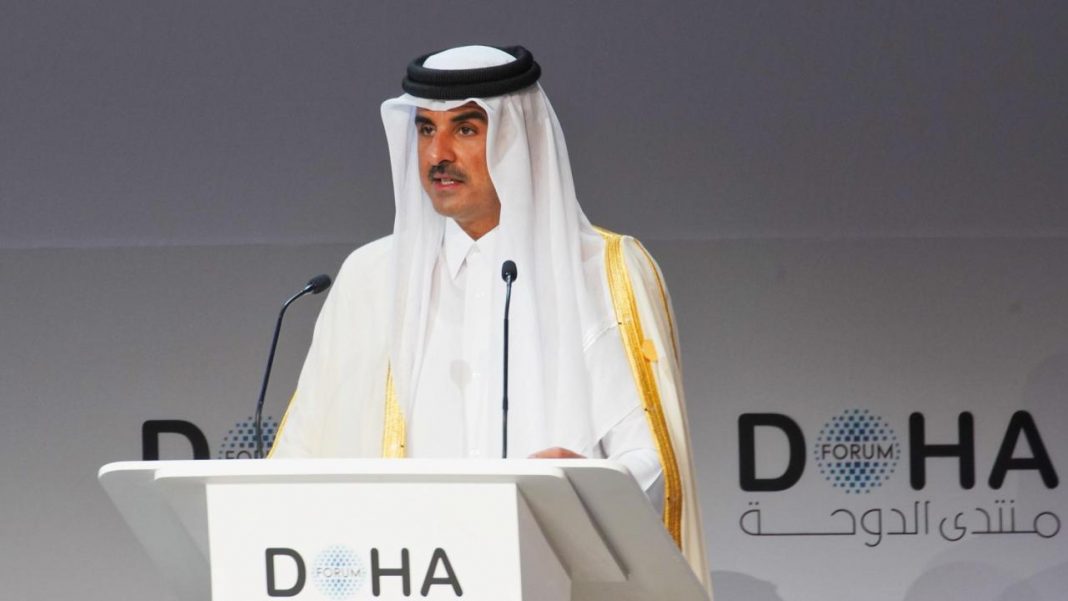 West News Wire: “For more than seven decades, millions of Palestinians have been suffering from Israeli occupation and international apathy,” Sheikh Tamim remarked at the opening of the Doha Forum international conference in the Qatari capital on Saturday.

“The international world has failed to provide justice” to Palestinians and other peoples in the region, he said.

The emir further stated that criticizing the policies of the Tel Aviv regime is not anti-Semitism.

“The charge of anti-Semitism is now being used incorrectly to everybody who criticizes Israel’s policy,” he stated.

Such an approach, according to Sheikh Tamim, “infringes on the campaign against racism and true anti-Semitism.”

On the sidelines of the conference, Palestinian Prime Minister Mohammad Shtayyeh met with Qatar’s king.

He went on note that efforts, led by Algeria, are underway “to restore Palestinian unity in order to strengthen the Palestinian front in facing all challenges.”

Shtayyeh then briefed the Qatari emir on the political and economic challenges facing the Palestinian nation.

He stated that Israel’s illegal deductions from the tax revenues it collects on behalf of Palestinians, and decline in international aids have rendered the Palestinian Authority unable to fulfill its obligations.

Back on June 4 last year, Qatari Foreign Minister Sheikh Mohammed bin Abdulrahman Al Thani said the kingdom will not normalize diplomatic relations with Israel unless the regime ends its occupation of Palestinian territories, and the decades-long Israeli-Palestinian conflict is resolved.

The main reason Qatar doesn’t have relations with Israel “is the occupation of the Palestinian territories,” Al Thani told CNBC television news network at the time.

“The reason is still there, still valid, and there is no step or any hope toward peace yet. We didn’t see any light at the end of the tunnel,” the foreign minister added.

The top Qatari diplomat pointed out that normalization of ties with the Tel Aviv regime won’t solve the long-standing problems between Israel and the Palestinians.