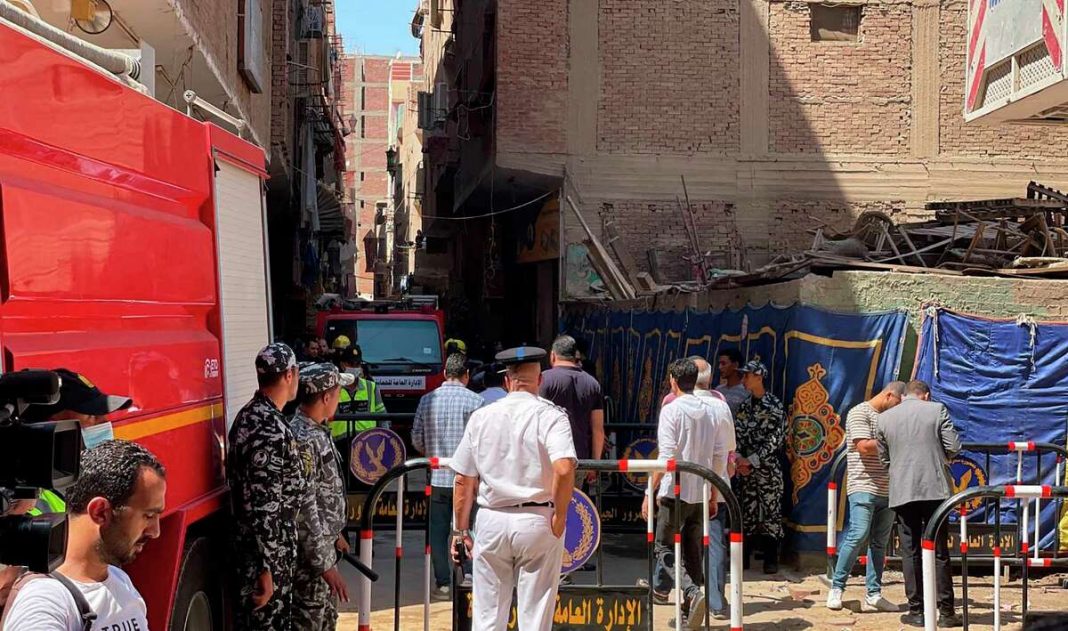 West News Wire: After a fire broke out at a church in Egypt, dozens of people perished, many of them were crushed in a hasty attempt to flee.

According to authorities, there are at least 41 fatalities and several injuries. There may be children among the deceased.

At the Coptic Abu Sifin church, where 5,000 people had congregated for Mass, an electrical fire broke out, according to security sources, Reuters reported.

According to them, the fire blocked an entry and led to a stampede.

According to the fire department, the blaze has been put out.

However, Father Farid Fahmy, from another nearby church in the Imbaba neighbourhood, told the AFP news agency that it was caused by a short circuit.

“The power was out and they were using a generator,” he said. “When the power came back, it caused an overload.”

Worshippers have been explaining their moments since the blaze ignited.

“People were gathering on the third and fourth floor, and we saw smoke coming from the second floor. People rushed to go down the stairs and started falling on top of each other,” Yasir Munir told Reuters.

“Then we heard a bang and sparks and fire coming out of the window,” he said, adding that he and his daughter were on the ground floor and able to escape.

Egyptian President Abdel Fattah al-Sisi offered his “sincere condolences to the families of the innocent victims that have passed on to be with their Lord in one of his houses of worship”.

The prosecutor’s office said it had sent a team to the scene to investigate the cause of the blaze.

Giza lies just across the Nile from Cairo and is part of the Greater Cairo metropolis.