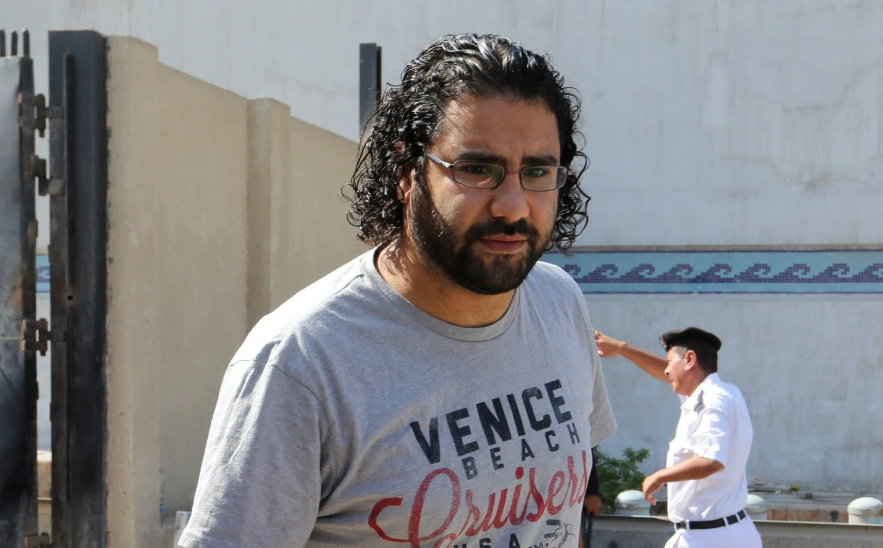 West News Wire: Alaa Abd el-Fattah, an imprisoned Egyptian-British pro-democracy activist, has ended his weeks-long hunger strike, according to his sister Mona Seif, who shared a message from him on Twitter.

Abd el-Fattah acknowledged that he had ended his hunger strike in a letter he wrote on Monday night but shared with his family on Tuesday. He promised to “explain everything on Thursday,” when they are set to meet.

I’m relieved and nervous at the same time; Thursday can’t arrive soon enough. Keep him in your prayers and thoughts, his sister said.

He urged them to bring a cake to celebrate his birthday on Thursday and enquired about his mother’s well-being in his most recent letter.

“I haven’t celebrated for a long time, and want to celebrate with my cellmates, so bring a cake,” he wrote.

Prison authorities have allowed him to communicate with his family through weekly letters.

One of Egypt’s most prominent pro-democracy activists, Abd el-Fattah has spent most of the last decade behind bars. Human rights advocates have said the case against him and his continued imprisonment is a “reprisal” for being a leader of the 2011 uprising against then-President Hosni Mubarak.

Abd el-Fattah, 40, started his hunger strike in a Cairo prison on November 1, and stopped drinking water from November 6, as world leaders gathered in Egypt’s Red Sea resort of Sharm el-Sheikh for the COP27 climate summit.

His case attracted attention at the summit, with Seif speaking to journalists and attendees about his case.Abd el-Fattah launched the strike to protest his years-long detention by Egyptian authorities on charges of spreading disinformation. He has also drawn attention to the cause of other political prisoners.

On Monday, the family were informed that he had resumed drinking water. His other sister, Sanaa Seif, said they were grateful that “Alaa is alive, he says he’s drinking water again as of November 12th,” adding that it was “proof of life, at last”.