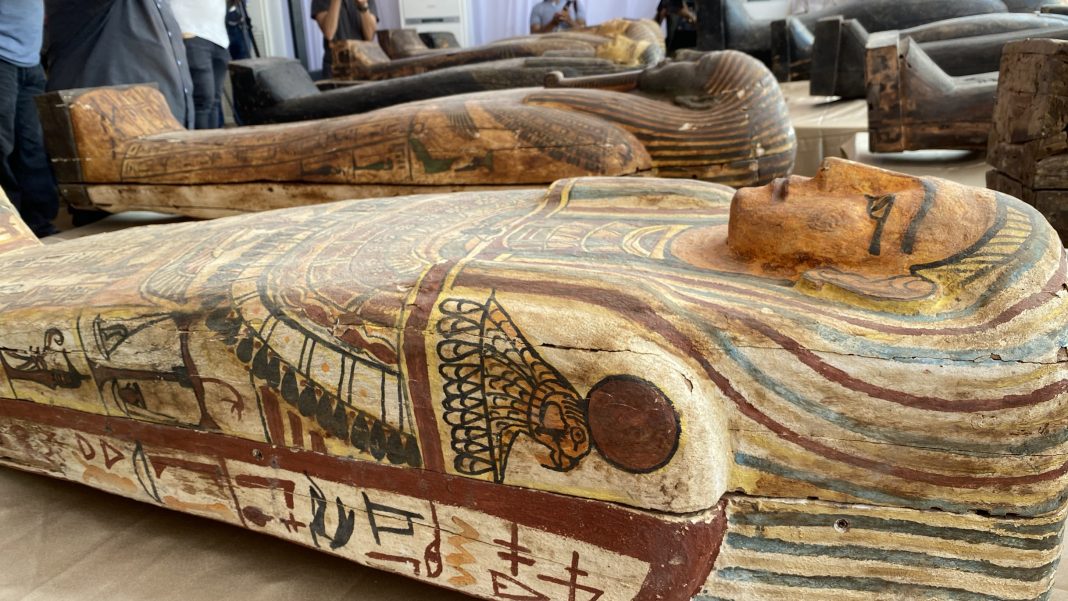 Egyptian archaeologists began excavating the site in September, according to Mostafa Waziri, secretary-general of the Supreme Council of Antiquities. In ancient Egypt, the tombs were for high officials such as regional governors and palace supervisors, he explained.

“All of those five tombs are well-painted, well-decorated. Excavations did not stop. We are planning to continue our excavations. We believe that we can find more tombs in this area,” he told reporters at the site.

The tombs were found near the Step Pyramid of Djoser, in the Saqqara Necropolis, 24 kilometers (15 miles) southwest of Cairo.

The Saqqara site is part of a a sprawling necropolis at Egypt’s ancient capital of Memphis that includes the famed Giza Pyramids as well as smaller pyramids at Abu Sir, Dahshur and Abu Ruwaysh. The ruins of Memphis were designated a UNESCO World Heritage site in 1970s.

In recent years, Egypt has heavily promoted new archaeological finds to international media and diplomats in the hope of attracting more tourists to the country.

The vital tourism sector, a major source of foreign currency for Egypt, suffered from years of political turmoil and violence that followed a 2011 uprising that toppled autocrat Hosni Mubarak.

The sector has recently started to recover from the coronavirus pandemic, but was hit again by the effects of the Russian invasion of Ukraine. Along with Russia, Ukraine is a major source of tourists visiting the Middle Eastern nation.