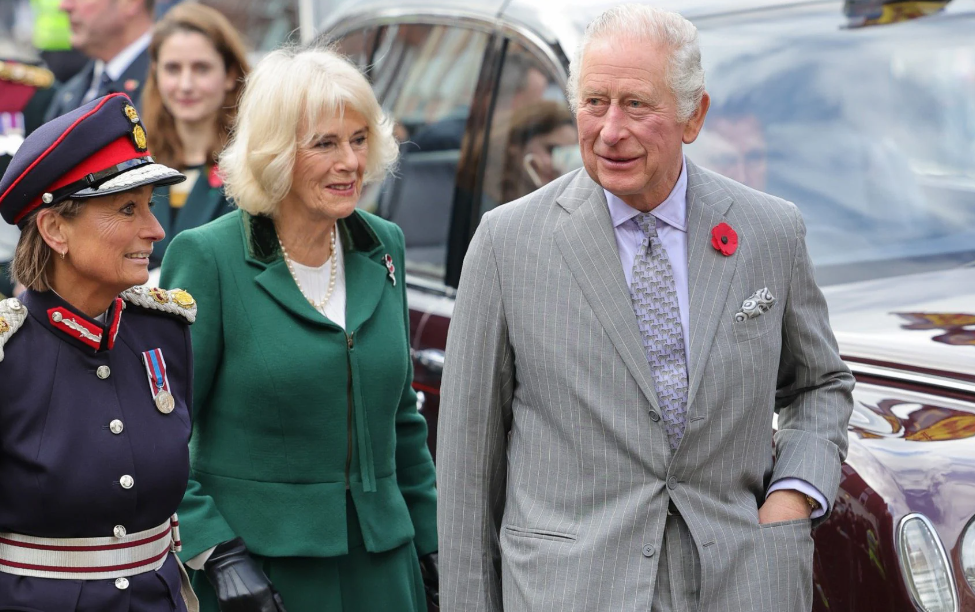 West News Wire: A protester who threw eggs and insults at King Charles III and Camilla, the queen consort, as they traveled through York, northern England, was taken into custody on Wednesday.

The event took place while the king and his wife were passing through Micklegate Bar, a historic entryway through which kings are usually welcomed to York.

Several eggs were seen moving and smashing on the ground in video footage. The royal couple continued to wave to the onlookers, and none appeared to hit them.

At a crowd barrier, many police officers could be seen wrestling with a man. He reportedly booed and yelled, “This country was established on the blood of slaves,” as he was being apprehended, according to the British PA news agency.

Other members of the crowd tried to drown him out by chanting “Shame on you” and “God save the King.”

Charles and Camilla traveled to York as part of a series of engagements around the U.K. marking the start of the new king’s reign. They also visited the city’s cathedral, York Minster, and unveiled a statue of the king’s mother. Queen Elizabeth II, who died in September after 70 years on the throne.