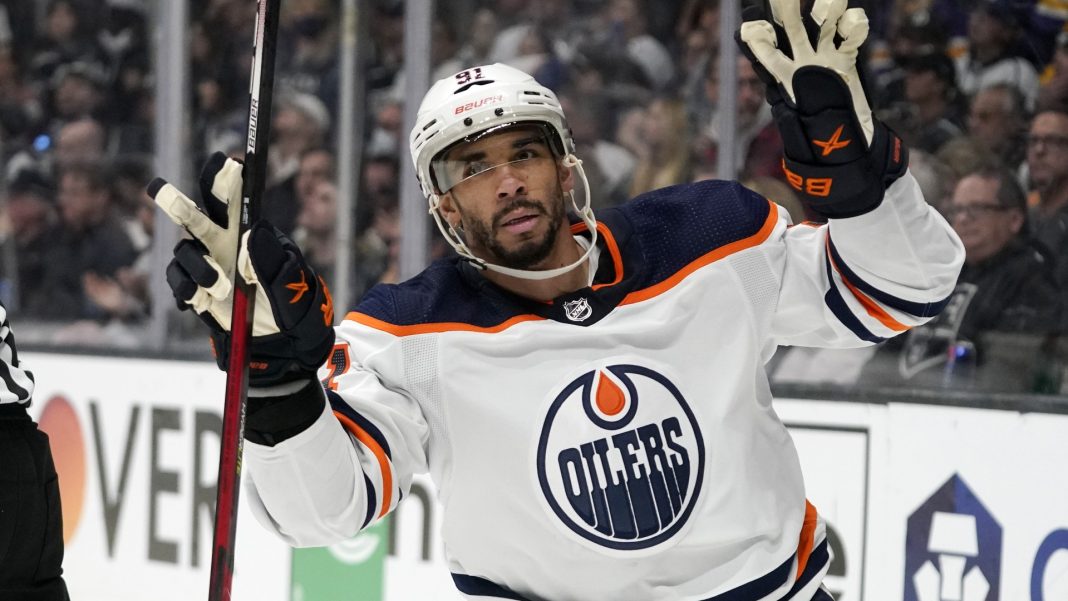 West News Wire: According to his agent, Evander Kane has been given permission by the Edmonton Oilers to speak with other teams before the NHL’s free agency period starts.

Kane’s agent, Daniel Milstein, texted a number of media outlets to say he was starting negotiations with other teams while also keeping the Oilers in the loop. On Wednesday, his client will be eligible to sign a contract as an unrestricted free agent.

While Milstein continued, “We are still hopeful to have a deal in place with Edmonton, we are starting the interview process with other clubs.

Kane joined Edmonton in January after the San Jose Sharks terminated the remaining terms of his seven-year, $49 million contract for violating COVID-19 protocols while in the American Hockey League. Kane has challenged the Sharks’ decision by filing a grievance through the NHL Players’ Association.

Earlier last season, he was suspended by San Jose for 21 games for submitting a fake vaccine card.

Kane topped 20 goals for the eighth time in 13 NHL seasons by scoring 22 goals and 39 points in 43 games with Edmonton.

Oilers general manager Ken Holland last week said he was having daily conversations in a bid to re-sign Kane.