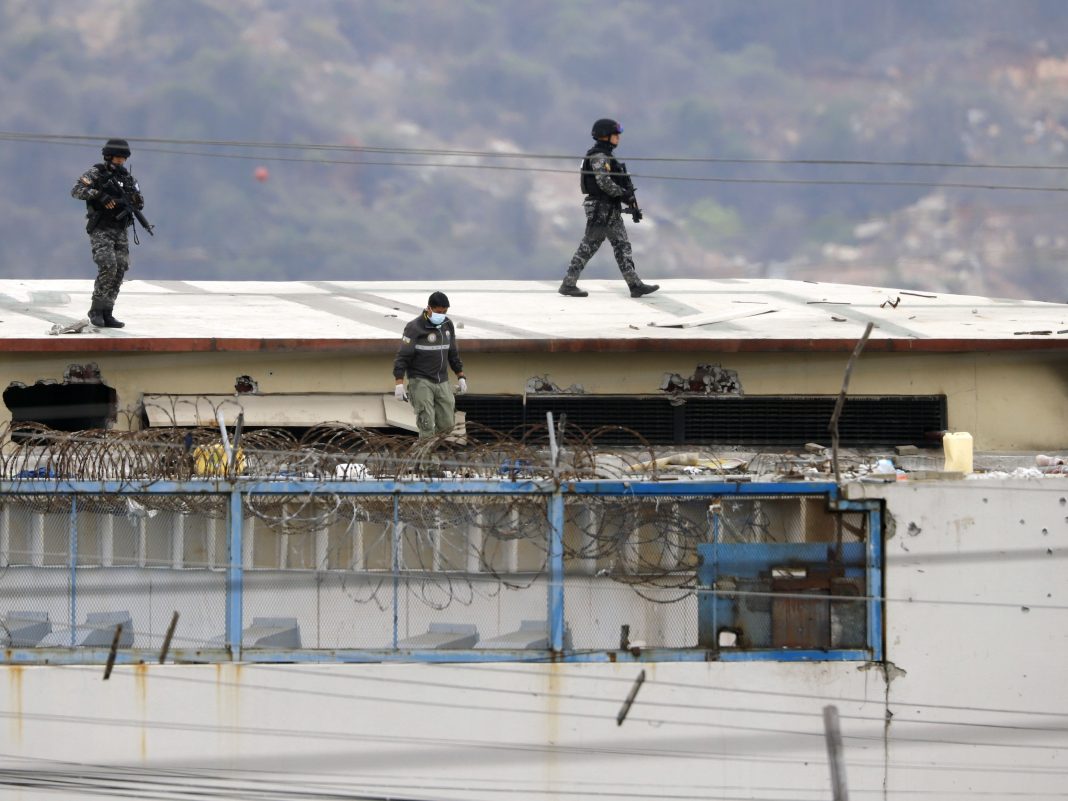 West News Wire: A brawl between rival gangs inside an Ecuadorian prison has killed dozens of inmates, according to the public prosecutor’s office, in the latest episode of lethal prison violence in the South American country.

Authorities claimed a battle broke out on Monday inside the Bellavista prison in Santo Domingo de los Colorados, some 80 kilometres (50 miles) from Quito, between the rival Los Lobos and R7 gangs.

The public prosecutor’s office stated on Twitter that 43 detainees have died so far, adding that the situation was “growing.”

According to the AFP news agency, relatives of those housed at the prison gathered outside the facility to try to learn more about what happened, while prisoners with facial injuries were transported by truck and ambulance to the hospital.

Interior Minister Patricio Carrillo said the fight broke out in the early hours of Monday morning, setting off “security protocols” to try to contain the situation.

During the riot, at least 112 people tried to escape but were detained by security forces inside the prison grounds, said Carrillo.

The incident is the latest bout of deadly violence to break out at an Ecuadorian prison in recent months, after more than 100 inmates were killed and dozens more injured in a riot at a facility in Guayaquil, about 400km (250 miles) from Quito, in September last year.

The Penitenciaria del Litoral riot pushed the government to declare a state of emergency and deploy hundreds of police and military officers to the prison. The country also pledged to pardon as many as 2,000 inmates in a bid to ease over-crowding in the facilities.

An expert on Ecuadorian prisons told Al Jazeera late last year that the violence demonstrates that the authorities have lost control, urging them to provide more prisoner rehabilitation programmes and to dismantle the armed groups operating inside the prisons.

The government says rival drug gangs, infiltrated or controlled by Mexican cartels, are engaged in a battle for control over the facilities.

Located between Colombia and Peru, the world’s leading cocaine producers, the country is a key transit point for drug shipments to the United States and Europe. Last year, Ecuador seized a record 210 tonnes of drugs, mostly cocaine.

Prior to Monday’s riot, about 350 inmates had been killed in five separate prison riots since February 2021.