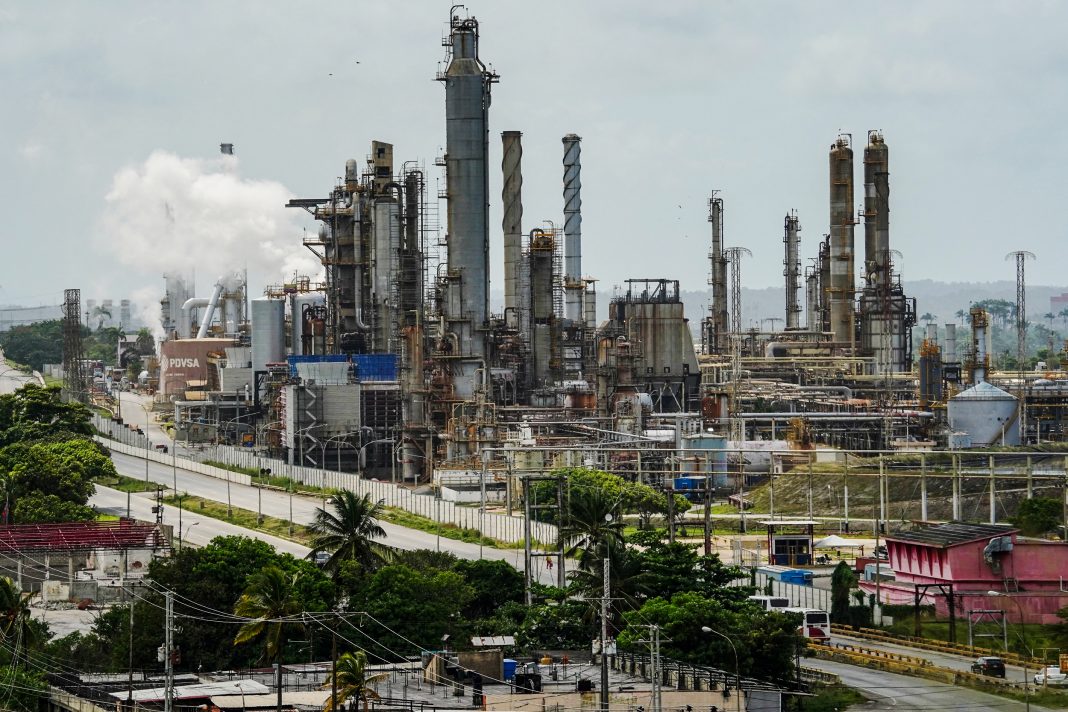 West News Wire: The US government is easing a few economic sanctions against Venezuela in an effort to encourage the resumption of talks between the US-backed opposition and President Nicolás Maduro’s government.

Because no formal statement had been made, the officials spoke on the condition of anonymity.

Carlos Erik Malpica-Flores, a former high-ranking PDVSA executive and nephew of Venezuela’s first lady, will also be removed from a list of sanctioned individuals, according to them.

“These are things that the Unitary Platform negotiated and came to us to request that we do in order for them to be able to return to the negotiating table,” one of the officials said.

The Treasury Department will continue to prohibit transactions with the Venezuelan government and PDVSA within U.S. financial markets.

Venezuela’s government suspended talks with the opposition in October after the extradition to the U.S. of a key Maduro ally on money laundering charges.

The negotiations took place in Mexico City under the guidance of Norwegian diplomats.

The change allows “Chevron to negotiate the terms of the potential future activities in Venezuela,” a senior U.S. official told reporters Tuesday.

Chevron did not immediately respond to a request for comment Tuesday. The company’s investments in Venezuela’s oil fields and machinery over the last century had an estimated value of $2.6 billion as of 2020.

Venezuela sits atop the world’s largest oil reserves, yet its political upheaval and economic decline have pushed more than 6 million people to migrate in recent years.

The U.S. and other countries withdrew recognition of Maduro after accusing him of rigging his 2018 reelection as president. In his place, they recognized Juan Guaidó, who was head of the then-opposition-dominated congress and remains the leader of the Unitary Platform.

After the meeting, Maduro freed two American prisoners and promised to resume negotiations with his opponents.

Malpica-Flores was once national treasurer and PDVSA’s vice president of finance. He was individually sanctioned in 2017 as the U.S. targeted people associated with Venezuela’s rampant government corruption.

His aunt, Cilia Flores, is one of the most influential members of Venezuela’s government and a constant presence alongside her husband. Two other nephews of hers are imprisoned in the U.S. on drug conspiracy convictions.

More than a dozen Democrats this month sent Biden a letter urging him to consider lifting broad economic sanctions.

Others, however, quickly criticized the administration after Tuesday’s announcement, including Sen. Bob Menendez, chairman of the Senate Foreign Relations Committee.

“Removing Flores from the list of sanctioned people is obviously a gift to Maduro,” Menendez later told reporters.