wnw24
Home Entertainment Dwayne Johnson attributes his success to the influence of women in his... 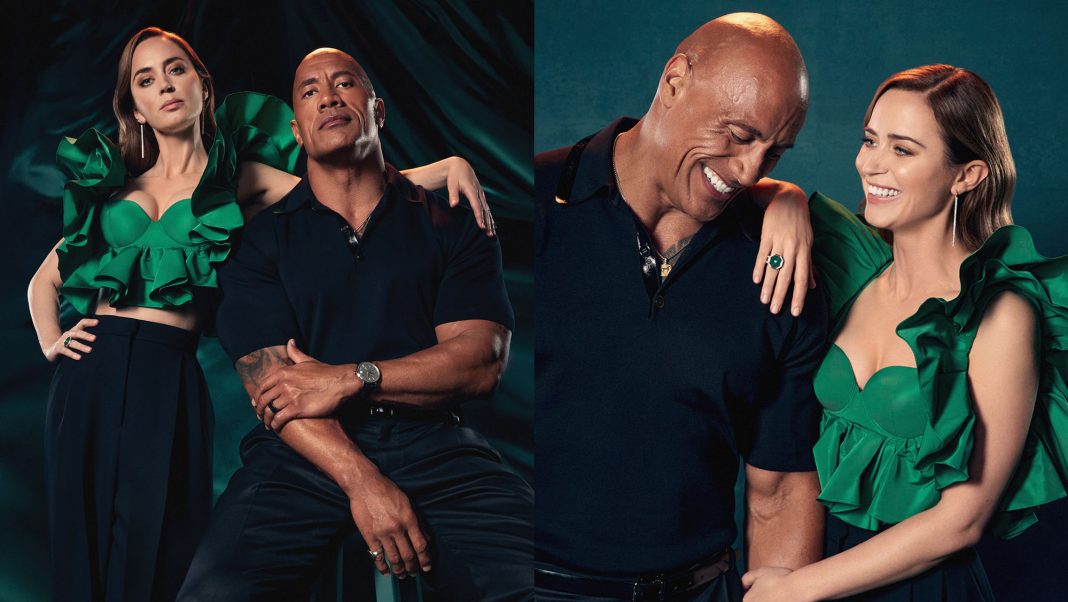 West News Wire: Jasmine and Tiana, Dwayne Johnson’s two younger kids, enjoy playing a game in which they force him to close his eyes. They enter the kitchen and toss the ingredients into a mixing dish.

“They’re getting flour and water, and I’m hearing, ‘Where’s the oil?’ and I know what’s about to happen,” Johnson explained. He squints his eyes to peer around the corner and notices them approaching. “I’m thinking, ‘OK, I’m not going to look.’ Then, bang! It’s been thrown over my head.”

Dwayne Johnson’s playful surrender with his ladies is a far cry from the reputation he established during his time as a WWE hero and now as a renowned actor known for films like “The Scorpion King.” “The Fast and Furious Presents: Hobbs & Shaw” and “Jungle Cruise.” Despite his 6-foot-5-inch height and muscled physique, Johnson isn’t afraid to show vulnerability and share the lessons he’s learned.

Some of those life lessons are part of the NBC series “ Young Rock,” debuting its second season Tuesday. The show follows a younger Johnson through important moments in his childhood, teen years and in college. Johnson appears in each episode, setting up the stories in an interview from the 2032 presidential campaign trail (a wink to consistent rumors he may one day run for president of the United States).

In his personal life, Johnson is quick to admit that the females run the show. “I am blessed with being surrounded by all estrogen,” said Johnson recently over Zoom from his home in Hawaii. “I’m the only dude in the house, me and the dog.”

An only child, Johnson was raised primarily by his mother Ata Johnson. While he also had a relationship with his father, the late pro-wrestler Rocky Johnson, the actor credits his mother and grandmother for raising him, saying they “had a very clear agenda on how to raise me and what lessons I should be taught and what kind of integrity I should have as a little boy growing up.”

“My grandmother, my mom. My first wife, Dany Garcia, who is now a long-time business partner, my wife today, Lauren, my three daughters continue to influence and teach me daily. Even my little ones. I have a 6-year-old and a 3-year-old, and when you’re open and amenable, you’d be surprised as a man, just how much your daughters will teach you,” he said.

Dwayne Johnson often says he and his daughter Simone, now 20, “grew up together.”

“I’m a completely different man than I was 20 years ago,” he said. “I had a career in professional wrestling that was on fire. The stuff you thought was important that you should sweat maybe 10, 15 years ago are so meaningless, actually. The most important things really are literally right in front of you (like family.)”