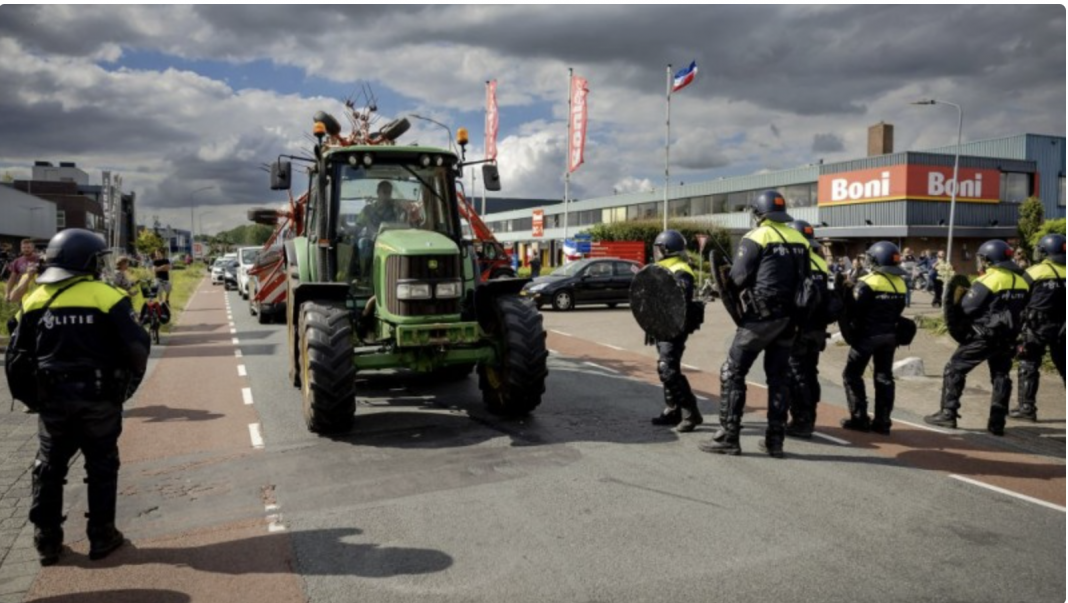 West News Wire: During a tense night of farm protests in the Netherlands, police fired at a tractor and detained three protesters. This was the latest incident in a string of demonstrations against government plans to reduce pollutant emissions, which many farmers fear will harm their livelihoods.

No one was hurt, according to police in northern Friesland, in the incident that involved warning shots and direct targeting of a tractor that escaped from a line. An attempt was made, according to the police, to drive into their cars and officers.

A formal investigation into the incident was launched because shots were fired.

The unrest among Dutch farmers was triggered by a government proposal to slash emissions of pollutants like nitrogen oxide and ammonia by 50% by 2030. Provincial governments have been given a year to formulate plans to achieve the goal.

The reforms are expected to include reducing livestock and buying up some farms whose animals produce large amounts of ammonia. Farmers argue they are being unfairly targeted and are being given no perspective for their future.