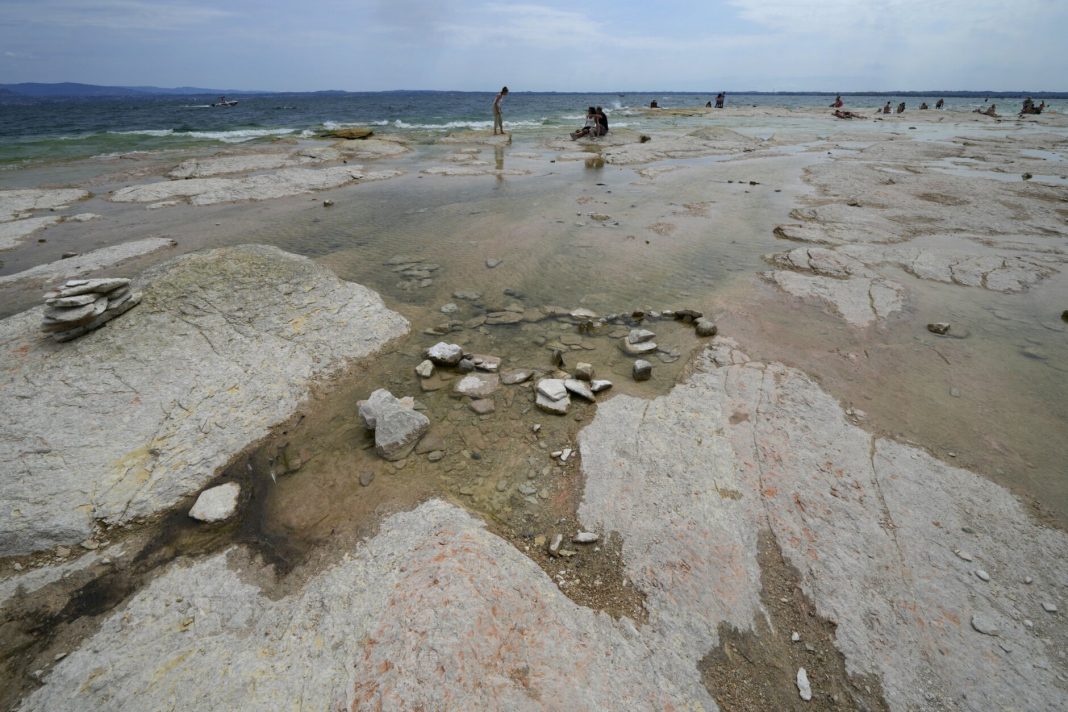 West News Wire: A river once flowed past it. What was once the Tille River in the village of Lux, France, is now covered in white dust and hundreds of dead fish. The trench is broad and winds between rows of trees.

An unprecedented drought is affecting nearly half of Europe, from dry and broken reservoirs in Spain to declining water levels on major rivers like the Danube, the Rhine, and the Po. It threatens aquatic species, impairs farm economy, imposes water restrictions, and starts wildfires.

In the western, middle, and southern portions of the continent, there hasn’t been any major rainfall in about two months. Britain, which is known for its heavy rainfall, on Friday formally declared a drought in southern and central England on Friday amid one of the hottest and driest summers on record.

And Europe’s dry period is expected to continue in what experts say could be the worst drought in 500 years.

Climate change is exacerbating conditions as hotter temperatures speed up evaporation, thirsty plants take in more moisture and reduced snowfall in the winter limits supplies of fresh water available for irrigation in the summer. Europe isn’t alone in the crisis, with drought conditions also reported in East Africa, the western United States and northern Mexico.

As he walked in the 15-meter (50-foot) wide riverbed in Lux, Jean-Philippe Couasné, chief technician at the local Federation for Fishing and Protection of the Aquatic Environment, listed the species of fish that had died in the Tille.

In areas upstream, some trout and other freshwater species can take shelter in pools via fish ladders. But such systems aren’t available everywhere.

Without rain, the river “will continue to empty. And yes, all fish will die. They are trapped upstream and downstream, there’s no water coming in, so the oxygen level will keep decreasing as the (water) volume goes down,” Couasné said. “These are species that will gradually disappear.”

Jean-Pierre Sonvico, the regional head of the federation, said diverting the fish to other rivers won’t help because those waterways also are affected.

The European Commission’s Joint Research Center warned this week that drought conditions will get worse and potentially affect 47% of the continent.

Andrea Toreti, a senior researcher at the European Drought Observatory, said a drought in 2018 was so extreme that there were no similar events for the last 500 years, “but this year, I think, it is really worse.”

For the next three months, “we see still a very high risk of dry conditions over Western and Central Europe, as well as the UK.,” Toreti said.