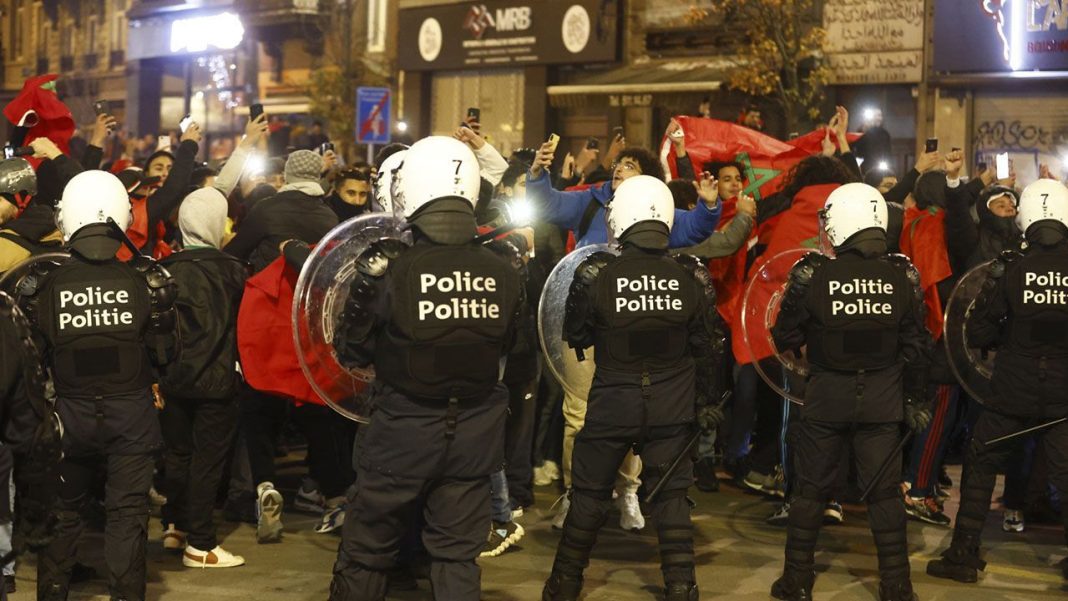 West News Wire: Following the victory of France and Morocco in the FIFA World Cup quarterfinals in Qatar on Saturday night, rioters and police engaged in a brawl on the Champs-Elysees in Paris.

In addition to shooting pyrotechnics in the direction of the police, football supporters also showered the officers with projectiles while some of them were draped in red-and-green Moroccan flags. In response, police in riot gear fired tear gas and charged into the throng.

Two scooters were set on fire, according to the police, and 74 people were arrested. According to Reuters, stores were also attacked.

Over 20,000 spectators who had arrived to see the two consecutive quarterfinal matches played in Qatar were under control thanks to 1,220 officers, according to local media.

Morocco is the first African nation to reach the semifinals after a stunning win against Portugal. A few hours later, the French national team defeated England. France and Morocco will play against each other on Wednesday.

In late November, Moroccan fans rioted in Brussels, as well as in Dutch cities of Amsterdam, Rotterdam, and The Hague when their team beat Belgium. Police used tear gas and water cannons in the Belgian capital, where a dozen people were detained and a car was torched.

Several incidents were reported in France on Tuesday after Morocco’s win against Spain. Shops were damaged and trash bins were set on fire.