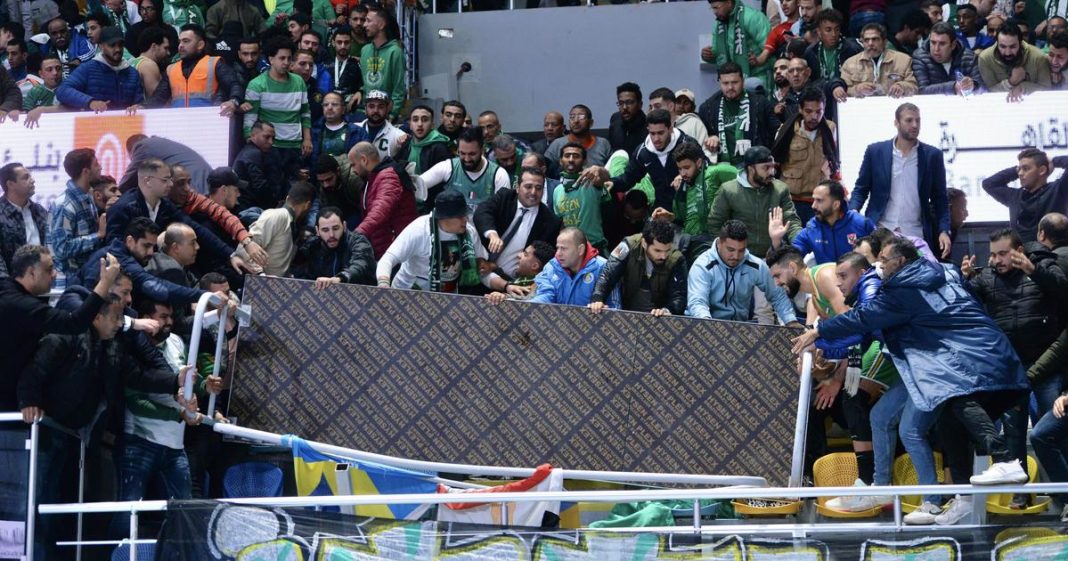 West News Wire: According to the health ministry of Egypt, at least 27 fans were hurt when a stand component of a basketball arena in Cairo partially collapsed on Saturday.

According to the ministry, 27 persons were hurt in the incident at the Hassan Moustafa Sports Hall in the city’s 6th of October area.

Fractures and bleeding were among the non-life-threatening injuries that kept the patients in the hospital, it continued.

Al-Ahly of Cairo and Ittihad of Alexandria were playing in the Super Cup when a part of the seating collapsed onto the crowd.

According to the local media, the game was called off while several athletes and others raced to aid the spectators. To transport the injured, more than 20 ambulances showed up at the scene.

In a TV interview, the Egyptian Sports Ministry’s spokesman Mohamed Fawzi blamed the collapse of the stands on an alleged stampede by visiting supporters of Ittihad.

Hassan Moustafa is a relatively new arena. It was built three years ago for the 2021 World Men’s Handball Championship, which Egypt hosted.