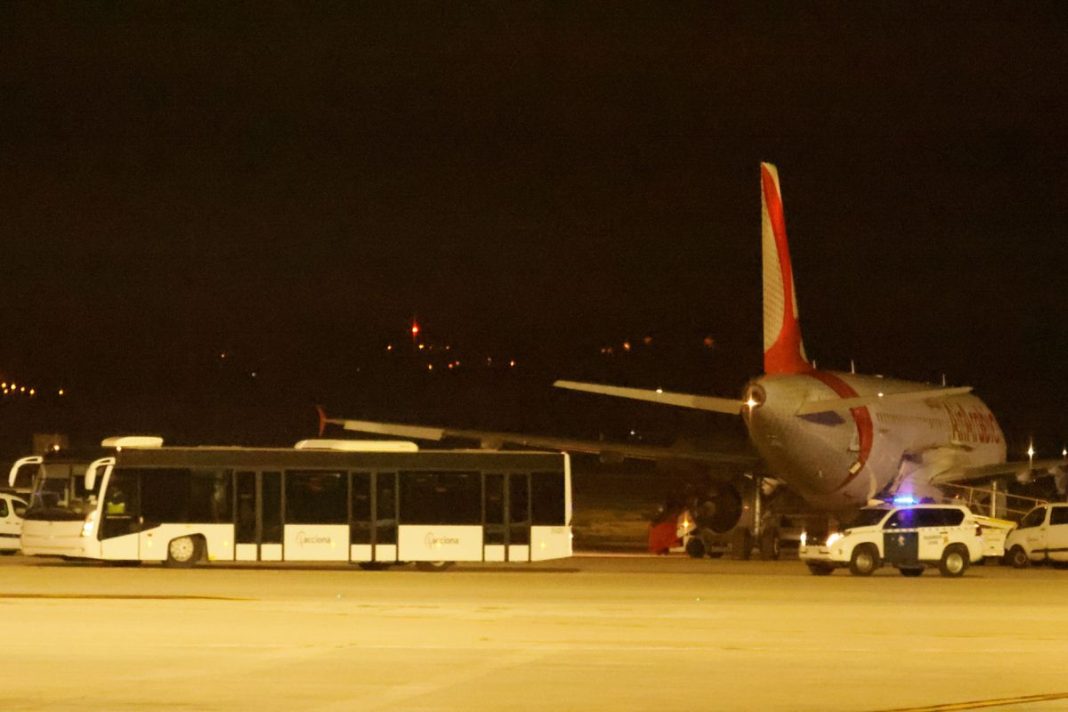 West News Wire: According to the Spanish authorities, 28 passengers fled across the tarmac at Barcelona’s El Prat airport after forcing an erroneous emergency landing of a flight between Morocco and Turkey.

Following the emergency landing on Wednesday morning, authorities apprehended 14 people, including a pregnant woman who they believe lied her waters had ruptured. 14 other persons are still missing.

Eight of those seized will be sent to Morocco, while five were promptly placed back on the Pegasus Airlines flight from Turkey.

According to the administration, the expectant woman was examined in a hospital and confirmed not to be in labor.

228 people in all were on board the flight from Casablanca to Istanbul.

In October last year, a group of passengers fled a plane on to the runway in Spain’s Mallorca island following an emergency landing under a false pretext and 12 of them were arrested, while another 12 escaped.