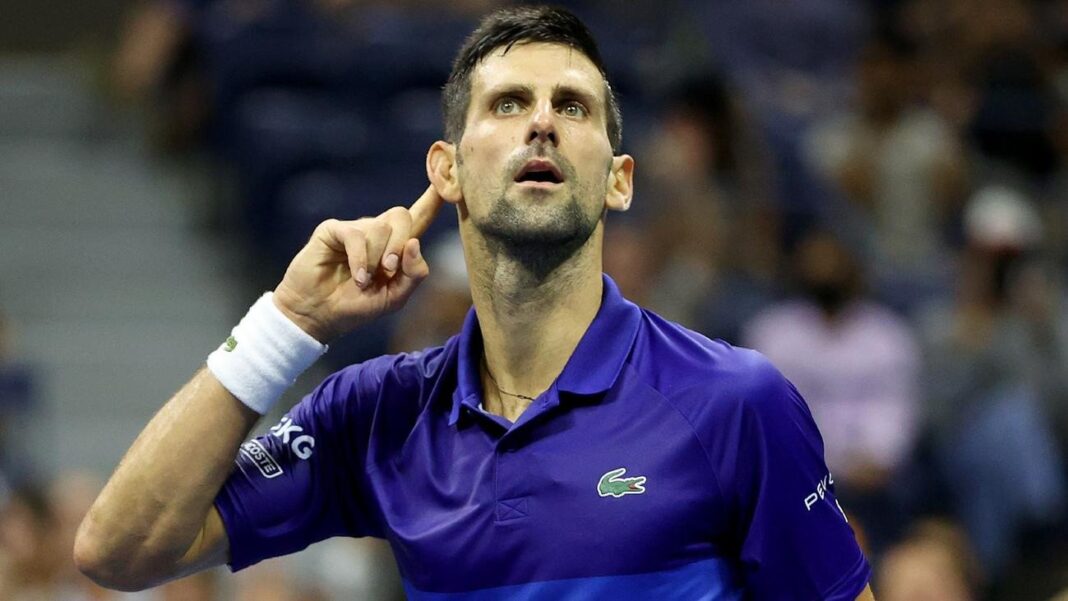 West News Wire: After getting a medical exemption to travel to Melbourne, Serbian tennis star Novak Djokovic has been authorized to compete in the Australian Open, putting an end to months of speculation regarding his participation due to the tournament’s severe COVID-19 vaccine rules.

Despite the Open’s tight regulations prohibiting unvaccinated players from competing, top ranked Djokovic said on Instagram on Tuesday that he has “an exemption permit,” triggering a significant criticism from Australians.

Djokovic, who is vying for a record 21st Grand Slam singles championship, has been tight-lipped about whether he is coronavirus-vaccinated.

Unless there is a legitimate basis for an exemption, the Victoria state government has demanded that all players, staff, and spectators attending the Australian Open be fully vaccinated.

The promoters of the Australian Open released a statement confirming that Djokovic will be able to play in the tournament, which begins on January 17. Djokovic is already on his way to Australia.

He had already pulled out of Serbia’s ATP Cup team, which began last weekend in Sydney.

“One of those was the Independent Medical Exemption Review Panel appointed by the Victorian Department of Health. They assessed all applications to see if they met the Australian Technical Advisory Group on Immunization guidelines.”

Tennis Australia said the process included the redaction of personal information to ensure privacy for all applicants. That means Djokovic was not obliged to make his exemption public.

“However, it’s ultimately up to him to discuss with the public his condition if he chooses to do that and the reason why he received an exemption,” he added.

Tiley said that 26 players or support staff made anonymous applications for a medical exemption, although only a “handful” were granted.

He said Djokovic was treated no differently to anyone.

The decision on the exemption will be widely debated in a city where most people endured months of strict lockdowns and harsh travel restrictions at the height of the pandemic.

Reaction on social media quickly turned to questions about the grounds for Djokovic’s exemption, and what quarantine conditions he will have to meet on arrival in Australia.

Jaala Pulford, the state’s acting Minister for Sports, on Wednesday said that “no one is or will be receiving special treatment because of who they are or what they have achieved professionally.”

“Novak isn’t coming to play at the Australian Open because he’s, you know, the biggest tennis star of them all, he’s coming because he has been able to demonstrate through this process that he has an eligibility under the rules that apply to everybody else in the country,” Pulford went on.

Last year, all foreign players had to spend two weeks in hotel quarantine before the Australian Open, pushing the year’s first major back from its usual mid-January start.

There were also strict caps on crowd numbers and days when fans weren’t allowed into Melbourne Park as coronavirus cases surged.

There will be no cap on crowd numbers for the 2022 tournament, although proof of double vaccination for COVID-19 is a requirement for entry.

The 34-year-old Djokovic has won nine of his 20 major titles at the Australian Open. He shares the men’s record for most majors with Roger Federer and Rafael Nadal.

Djokovic hasn’t played at tour-level since the Davis Cup Finals in early December and has recently been practicing in Spain.