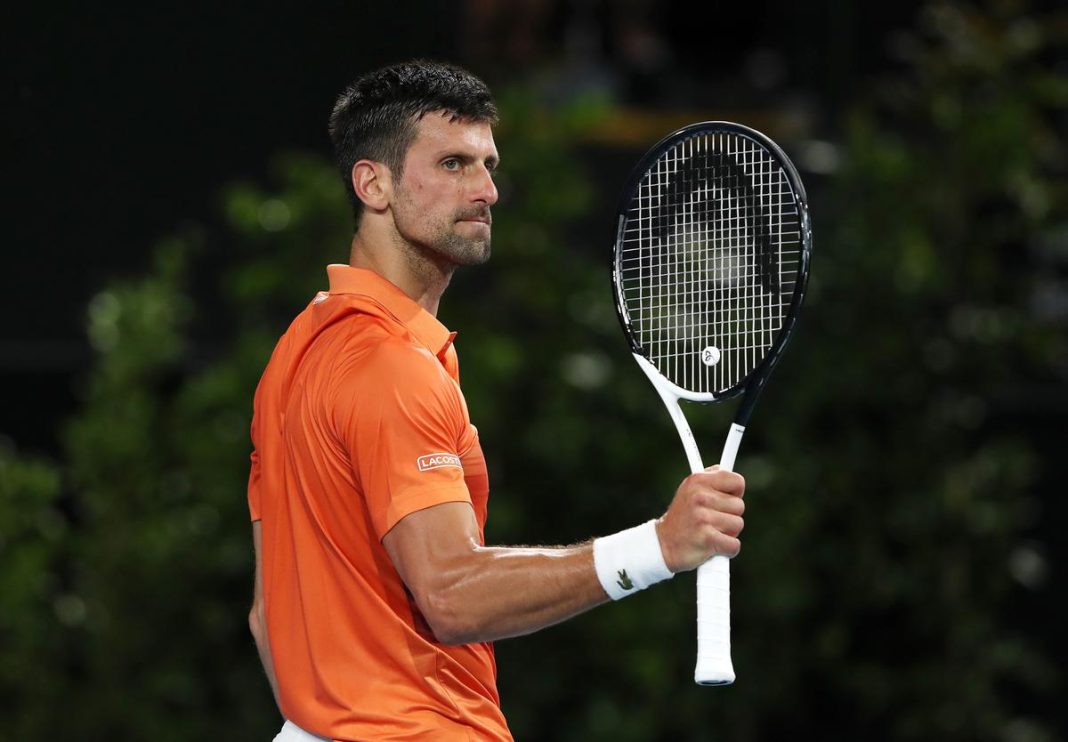 West News Wire: With a victory in straight sets over Daniil Medvedev of Russia in the semifinal of the Adelaide International on Saturday, Novak Djokovic increased his lead in the all-time series over the latter.

An excellent Djokovic overcame a potential injury setback to prevail 6-3, 6-4 in one hour and thirty seconds. He will now play American Sebastian Korda in the ATP 250 hard-court championship final in southern Australia.

The Adelaide Open is viewed as a warm-up for the Australian Open, which will take place later in January, and the semifinal match between Djokovic and Medvedev matched two of the top contenders for Grand Slam titles against one another in what unsurprisingly turned out to be an exciting contest.

It was top seed Djokovic who secured the advantage in the first set, breaking in game four to open up a 3-1 lead after Medvedev double-faulted on break point. The Serb later saved a break point on his own serve to move 5-2 ahead before seeing out the set.

Djokovic, 35, had left court for treatment towards the end of the set with what appeared to be an issue with his left hamstring. However, he gained the initiative in the second set as Medvedev double-faulted on break point again to allow his rival to open up a 4-3 lead.

There was a titanic tussle in the following game as Djokovic saved two break points to move 5-3 in front as Medvedev was accused by some online of appearing to question his opponent’s injury struggles.

The Russian then produced a scintillating service game to keep himself in the match, but was unable to preventing Djokovic wrapping up victory in the next game.

The win means Djokovic holds a 9-4 advantage over Medvedev in their career meetings. That includes victories on the last four occasions they have met although one of those saw Medvedev retire with injury when they met in Astana in October.

Djokovic played down the extent of his own injury in Adelaide, saying after the match: “It was nothing too serious. If it was, I wouldn’t be able to continue, so I just tried with [a] medical timeout, some anti-inflammatories and kind of settled in after a few games.”

Djokovic will be strongly fancied to win his maiden title of 2023 – in what will be his 131st career final – when he faces the 22-year-old Korda in Adelaide on Sunday. The American earned a walkover win when Japanese rival Yoshihito Nishioka in their semifinal, with Nishioka retiring while one set down.

Beyond that, Djokovic will aim to make it a record-extending ten Australian Open titles when the action gets underway in Melbourne on January 16. Djokovic is back in Australia following his deportation scandal last year, with the government overturning the three-year visa ban imposed when he was expelled in a row over his Covid vaccine status.

Medvedev, 26, was a beaten finalist in the last two years at the Australian Open, and the former world number one will be expected to challenge against this year at Melbourne Park.