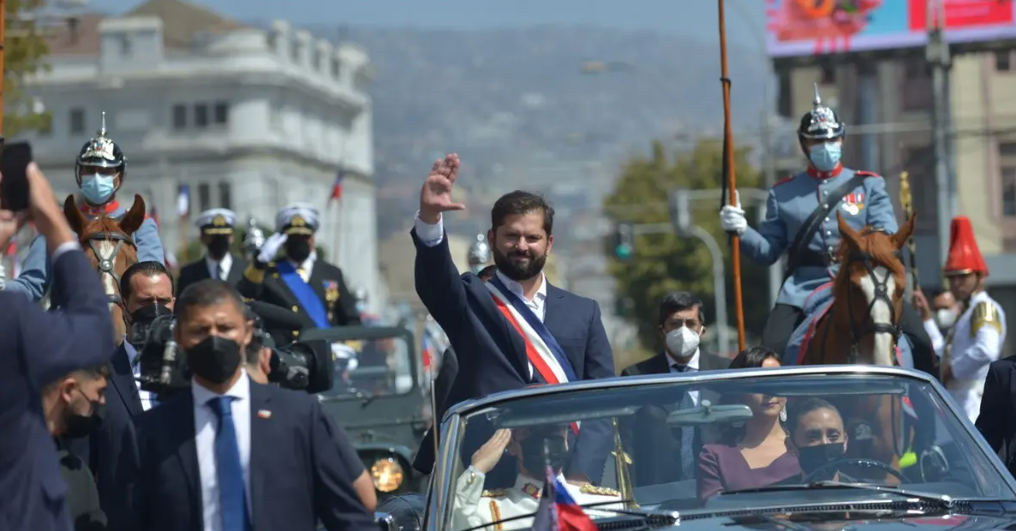 West News Wire: After Chile’s president delayed approving the credentials of Israel’s new ambassador to Santiago over the killing of a Palestinian teen in the occupied West Bank, a diplomatic standoff erupted.

Israel’s foreign ministry responded by calling Chile’s ambassador Jorge Carvajal to a meeting where, according to the statement, “Israel’s stance will be made plain.”

When Chilean Foreign Minister Antonia Urrejola informed newly appointed Israeli Ambassador Gil Artzyeli that Chilean President Gabriel Boric would be delaying a meeting to approve his credentials until October, the conflict got underway.

In response to the passing of Odai Trad, a representative from Chile’s minister of foreign affairs texted, “That’s because today is a sensitive day because of the death of a minor.”

Salah was shot in the head by Israeli forces in the village of Kufr Dan near the occupied West Bank city of Jenin, becoming the 149th Palestinian to be killed by Israel this year.

Israel assailed the snub on Friday with its foreign ministry labelling it “puzzling and unprecedented behaviour” and adding in its statement: “This seriously harms the relations between the two countries.”

On Thursday, Artzyeli, the new ambassador, sought to ease tensions following what he said was an “extensive” meeting where Chilean authorities repeatedly apologised.

“Being an Israeli and a Jew my people have seen worse things in the last 4,000 years,” he told reporters in Santiago. “We’re going to overcome this incident for the good of Chile, the good of Israel and our bilateral relations.”

Boric’s move drew praise from the Palestinian Authority on Friday.

“We welcome the Chilean president’s position, which is in line with international law and resolutions, and we appreciate this position aimed at applying pressure on the Israeli government to stop its ongoing daily crimes against our people,” said Ahmad al-Deek, adviser to the Palestinian foreign minister.

The Palestinian health ministry said Israeli forces killed the teenager on Thursday during clashes, the latest in a string of deadly incidents that have stoked fears of an escalation.

Left-leaning Boric has frequently spoken up against Israel and its military operations. In a television interview last year, Boric, who became Chile’s president in March, was asked if he maintained his earlier stated opinion that Israel is a “genocidal and murderous” state.

“I maintain it,” he answered.

In 2019, Chile’s Jewish community sent Boric a jar of honey to celebrate the Jewish New Year. Boric responded on Twitter: “I appreciate the gesture but they could start by asking Israel to return the illegally occupied Palestinian territory.”