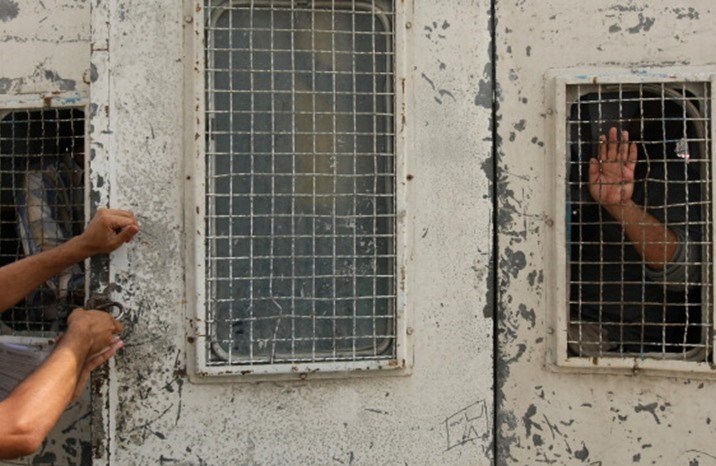 West News Wire: New details of alleged torture of prominent political activists detained in Saudi prisons have emerged, confirming widespread abuse and mistreatment that were reported by rights groups and media agencies over the past few years as the kingdom – under Crown Prince Mohammed Bin Salman – adopted a heavy-handed approach towards critics and dissidents.

The latest report was obtained by Human Rights Watch from a series of anonymous text messages sent in January 2021 from an individual identifying themself as a Saudi prison guard that provide descriptions of the torture and ill-treatment they and other prison guards witnessed Saudi interrogators commit against high-profile detainees in mid-to-late-2018. The person declined to reveal their name for fear of reprisal but described in text messages what they saw and forwarded text messages from other prison guards.

“In one of her torture sessions, [name withheld] lost consciousness and we were all terrified,” he said, on condition of anonymity. “We feared that she had died and that we would bear responsibility because the instructions were to not kill any of the detainees, men or women.”

According to Human Rights Watch, Saudi authorities failed to independently and credibly investigate allegations that Saudi authorities tortured Saudi women’s rights activists and others detained in early 2018, including with electric shocks, beatings, whippings, and sexual harassment.

“Letting abusers off the hook sends the message that they can torture with impunity and never face accountability for such crimes.” Said Michael Page, deputy Middle East and North Africa director at Human Rights Watch. “The stench of torture and other horrific treatment of Saudi detainees will stick to Saudi leaders unless they take urgent steps to stop these crimes and hold the abusers to account, even at the highest levels,” Page said.

These allegations of torture confirm what many media agencies and rights group have been reporting over the past few years based on the accounts of family members and people familiar with the condition of detainees.

Read More
How Bin Salman drove himself into isolation

Human rights organizations began reporting in November 2018 accusations that Saudi interrogators tortured at least four women activists, including with electric shocks and whippings, and had sexually harassed and assaulted them. In January 2019, Human Rights Watch and Amnesty International said that Saudi authorities should allow international monitors to enter the country and investigate the torture allegations.

They held him in small spaces without sleep or rest for days at a time, hung him upside down, and often deprived him of meals during his first year of detention, the source said.
In one forwarded message, a prison guard described the suffering of another male human rights activists detained in 2018. “They did not have mercy on [name withheld] … I would go to him and I would find him a lifeless corpse and expect that he died until the doctor comes and helps him with painkillers and other medicine to revive him. Then they would again torture him.”

In late December, a Saudi court handed Hathloul a prison term of five years and eight months for terrorism-related crimes, but the partially suspended sentence paved the way for her early release in February.
Several freed activists and their family members are barred from leaving Saudi Arabia, in a collective punishment that leaves them vulnerable to what campaigners call state coercion.

The crackdown on women activists, which drew global condemnation, has cast a spotlight on the human rights record of the kingdom, an absolute monarchy.