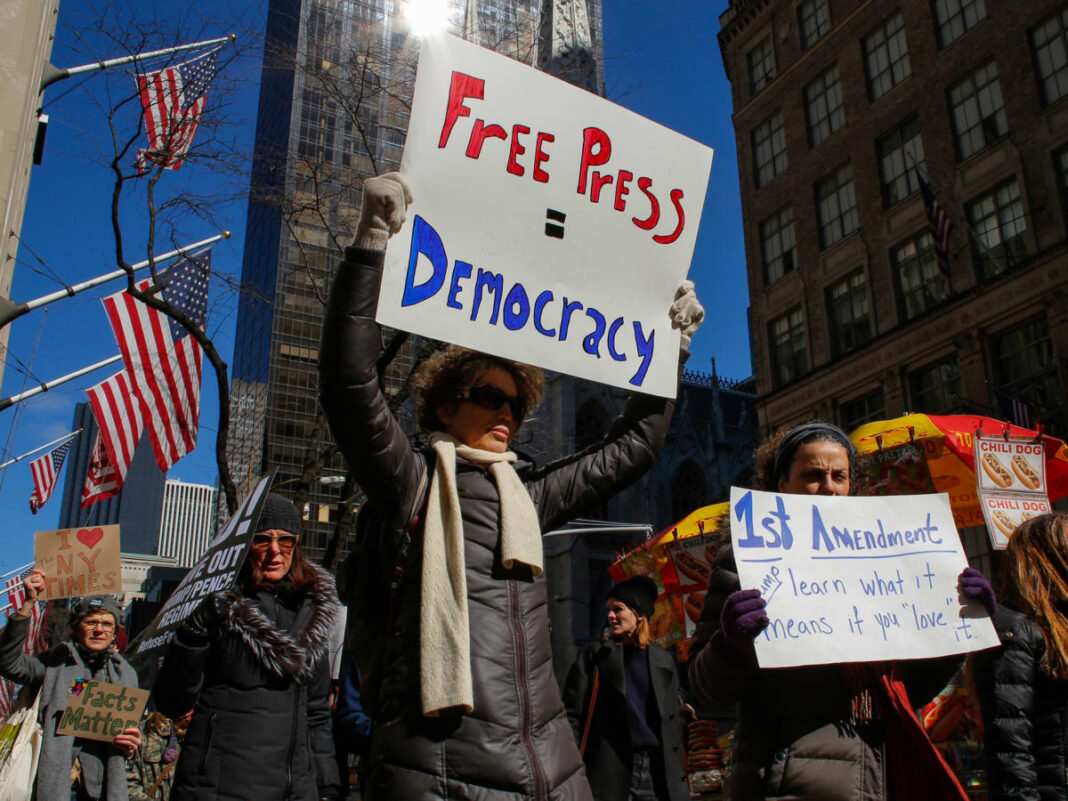 West News Wire: Azerbaijan’s parliament passed a new media law on Thursday, amid worries from journalists that it would further restrict independent reporting.

The law, which includes a register for journalists and will apply to all media outlets in the country as well as those who transmit or publish to an Azerbaijani audience, is set to take effect on January 1 after being signed by the president.

This week, dozens of journalists gathered in Baku’s capital to oppose the law. According to Reporters Without Borders, at least one reporter was injured during the event (RSF).

Local media and rights groups have said that the law could allow the government to determine who is officially recognized as a journalist, and raised concerns that the registry will include details about reporters and their work contacts.

The law will also make it harder for media outlets that work in exile to continue to report without registering in the country, and includes provisions that ban disseminating information from unofficial sources, rights groups including RSF said.

Alasgar Mammadli, a media law expert based in Baku, told VOA that despite serious objections from the media, the law was adopted unchanged, except for two minor details.

“We said the document had many problems and we proposed that parliament amend up to 40 articles based on those issues. Unfortunately, those suggestions were not taken into account,” Mammadli said. “I think this step by the government will not improve the situation for journalism and media freedom in Azerbaijan, it will make it worse.”

Mammadli believes that journalists will have to raise problems related to the new law in the courts as soon as possible and may have to seek support from the European Court of Human Rights.

Mehman Aliyev, director of the independent news agency Turan, also said he believes the law will be used to restrict the media.

“[The law] testifies to the strengthening of state control over the information community. The new law means toughening of information relations between the Azerbaijani government and society,” Aliyev said.

Lawmaker Aydin Mirzazade, a member of the ruling New Azerbaijan Party, dismissed the media’s concerns, saying that the bill was widely discussed and that media representatives contributed to it.

“I think that the law will regulate relations between the media and state and media and society as a whole. In other words, the law protects media independence, freedom of speech and does not impose any sanctions or restrictions on it, especially on social networks,” he said.

He also dismissed claims by some analysts who said the law contradicts Azerbaijan’s constitution and the European Convention on Human Rights.

“If they consider the law unconstitutional, they have the right to indicate to the court which articles of the law are contrary to the constitution. There is a very simple solution to the problem, ”Mirzazade said. “On the one hand, they say that the law is reactionary; on the other hand, they can openly express their views. That is, their actions contradict what they say.”

One of the biggest concerns cited by journalists and rights groups is that the law will give authorities power to decide who can work in journalism.

Those with a previous criminal record will not be eligible for accreditation, and publishers have to be citizens and full-time residents.

While the accreditation process is voluntary, the new regulations would exclude journalists like investigative reporter Khadija Ismayilova, who spent over 500 days in prison on what rights groups say were bogus charges in retaliation for her reporting on corruption.

Without the official press pass, reporters could find it harder to gain access to officials and some events.

“I can probably do my research. But they [officials] will not answer my journalistic questions,” said Ismayilova.

Another regulation that troubled media was the requirement that publishers live in Azerbaijan. That could impact independent news outlets that were set up outside the country because of an already repressive environment, according to reports.

In a statement, RSF’s Jeanne Cavelier stated, “This bill, peppered with ambiguous wording and ambiguities, wants to further up control over the media and codify censorship.”

“By meddling in the professional activities of journalists without consulting independent media or experts on freedom of expression, the state is abusing its powers.”

The law, according to RSF and others, will exacerbate an already oppressive climate. On the world press freedom index, Azerbaijan is ranked 167th out of 180 countries, with 1 being the most free.