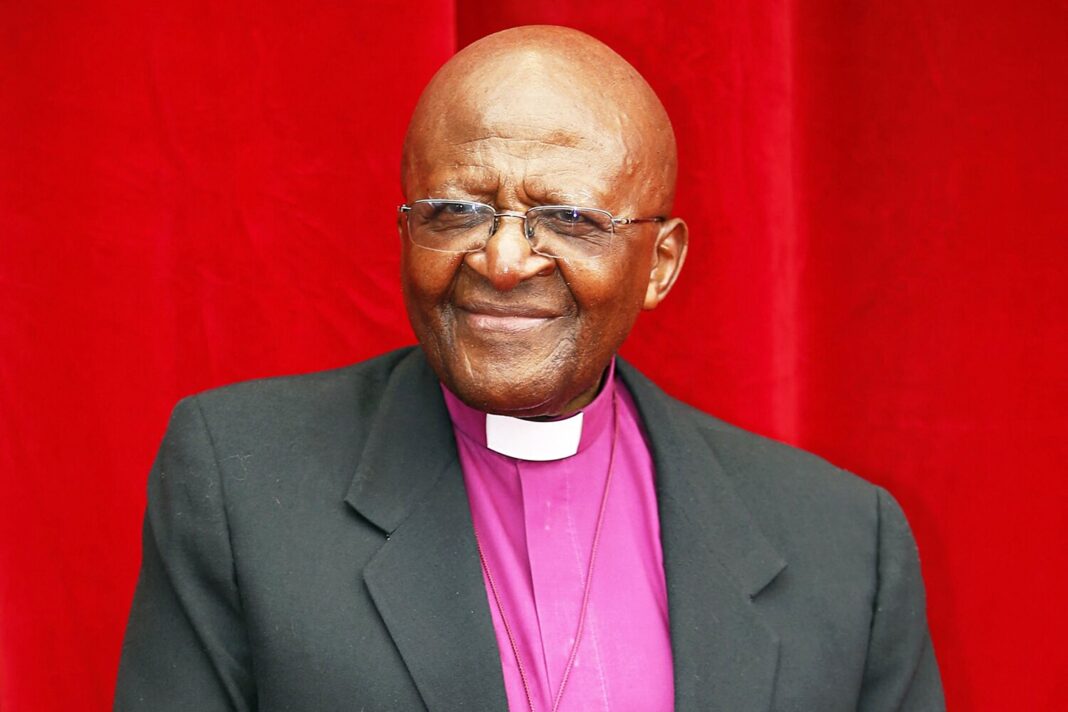 West News Wire: Archbishop Desmond Tutu, a Nobel Peace Prize recipient and a veteran of South Africa’s anti-apartheid movement who was cherished as his country’s conscience by both black and white South Africans, died on Sunday at the age of 90.

Tutu was awarded the Nobel Peace Prize in 1984 for his nonviolent resistance to white minority power. A decade later, he watched the regime’s demise and chaired a Truth and Reconciliation Commission tasked with uncovering the regime’s misdeeds.

He held the Black political class to account with the same zeal he held the Afrikaners once apartheid ended, but his persistent spirit of reconciliation in a divided country shone through, and tributes to him flowed in from all over the world on Sunday.

In a televised address, South African President Cyril Ramaphosa called Tutu “one of our nation’s finest patriots,” adding that “our nation’s loss is really a global sorrow.”

President Joe Biden said Tutu followed his spiritual calling to create a better, freer, and more equal world. “His legacy transcends borders and will echo throughout the ages.”

“Archbishop Desmond Tutu was a mentor, a friend and a moral compass for me and so many others,” former President Barack Obama said. “He never lost his impish sense of humor and willingness to find humanity in his adversaries.”

Born near Johannesburg, Tutu spent most of his later life in Cape Town and led numerous marches and campaigns to end apartheid from St George’s Cathedral’s front steps.

Tutu died “peacefully” on Sunday morning in a Cape Town nursing home, a representative of his Archbishop Desmond Tutu IP Trust said. He will lie in state at St George’s on Friday before his funeral service there on Saturday, it said.

Looking frail and in a wheelchair, he was last seen in public in October at St George’s Cathedral in Cape Town – a one-time safe haven for anti-apartheid activists – for a service marking his 90th birthday.

He was diagnosed with prostate cancer in the late 1990s and was later hospitalized several times to treat infections associated with treatment for it.

In his final years he also regretted that his dream of a “Rainbow Nation” had yet to come true, and often fell out with erstwhile allies at the ruling African National Congress party over their failures to address the poverty and inequalities that they promised to eradicate.

Just five feet five inches (1.68 meters) tall and with an infectious giggle, Tutu travelled tirelessly through the 1980s to become the face of the anti-apartheid movement abroad while many of the leaders of the then rebel ANC, including future President Nelson Mandela, were behind bars.

Long time friends, Tutu and Mandela lived for a time on the same street in the South African township of Soweto, making Vilakazi Street the only one in the world to have been home to two Nobel Peace Prize winners.

“His most characteristic quality is his readiness to take unpopular positions without fear,” Mandela once said of Tutu. “Such independence of mind is vital to a thriving democracy.”

In a letter to Tutu’s daughter Reverend Mpho Tutu, Tibet’s spiritual leader, the Dalai Lama, said the world had “lost a great man, who lived a truly meaningful life.”

“We are better because he was here,” said Martin Luther King’s daughter Bernice.