wnw24
Home Uncategorized Debt over Debt; The national debt level of the United States is... 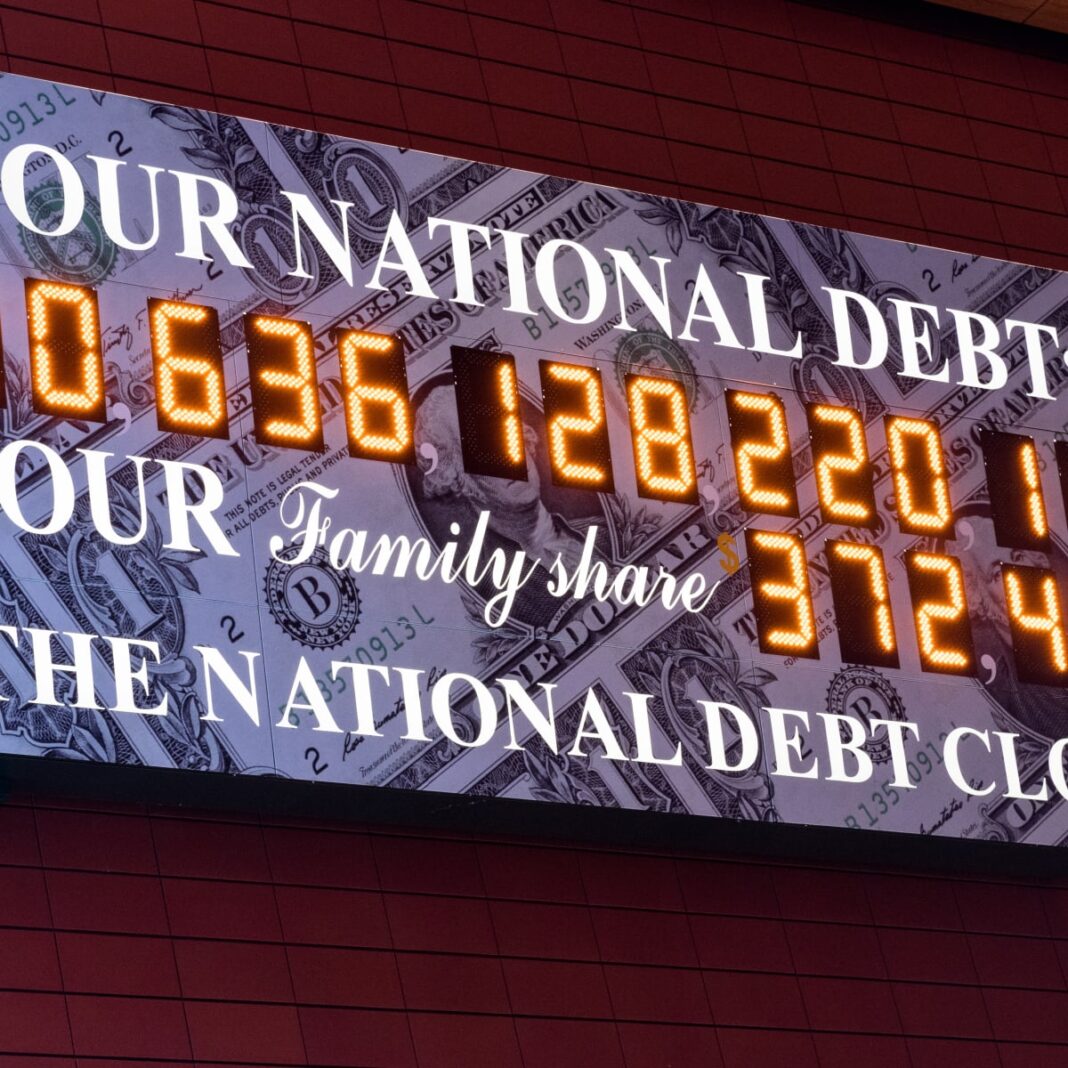 While the debt can be measured in trillions of dollars, it is usually measured as a percentage of gross domestic product (GDP), the debt-to-GDP ratio. That’s because as a country’s economy grows, the amount of revenue a government can use to pay its debts grows as well.

In addition, a larger economy generally means the country’s capital markets will grow and the government can tap them to issue more debt. This means that a country’s ability to pay off debt, and the effect that debt might have on the country’s economy, is dependent on how large the debt is as a proportion of the overall economy, not the dollar amount.

First, it’s important to understand what the difference is between the federal government’s annual budget deficit (also known as the fiscal deficit) and the outstanding federal debt, known in official accounting terminology as the national public debt. Simply explained, the federal government generates a budget deficit whenever it spends more money than it brings in through income-generating activities. These activities include individual, corporate, or excise taxes.

To operate in this manner of spending more than it earns, the U.S. Treasury Department must issue Treasury bills, notes, and bonds. These Treasury products finance the deficit by borrowing from the investors, both domestic and foreign. These Treasury securities also sell to corporations, financial institutions, and other governments around the world.

Government borrowing which adds to the national debt shortfall can take other forms. Governments can issue financial securities or even borrow from international organizations like the World Bank or private financial institutions. Since it is borrowing at a governmental or national level, it is termed national debt. To keep things interesting, other terms for this obligation include government debt, federal debt, or public debt.

The total amount of money that can be borrowed by the government without further authorization by Congress is known as the “total public debt subject to limit.” Any amount to be borrowed above this level has to receive additional approval from the legislative branch.

The public debt is calculated daily. After receiving end-of-day reports from about 50 different sources, such as Federal Reserve Bank branches, regarding the number of securities sold and redeemed that day, the U.S. Treasury calculates the total public debt outstanding, which is released the following morning. It represents the total marketable and non-marketable principal amount of securities outstanding (i.e., not including interest).

The national debt can only be reduced through five mechanisms: increased taxation, reduced spending, debt restructuring, monetization of the debt, or outright default. The federal budget process directly deals with taxation and spending levels and can create recommendations for restructuring or possible default.

A Brief History of U.S. Debt

Debt has been a part of this country’s operations since its beginning. The U.S. government first found itself in debt in 1790, following the Revolutionary War. Since then, the debt has been fueled over the centuries by more war and economic recession.

Periods of deflation may nominally decrease the size of the debt, but they increase the real value of debt. Since the money supply is tightened, money is valued more highly during deflationary periods. Even if debt payments remain unchanged, borrowers are actually paying more.

Since 1970, when the national debt stood at about 26.7% of GDP, debt has gone through a few different periods, staying fairly steady through the 1970s, rising drastically through the 1980s and early 1990s under the Reagan and Bush Presidencies. It peaked in Q1 1994 at 48.3% of GDP, before falling again under the Clinton administration to a low of 30.9% in Q2 2001. It started climbing under George W. Bush again, slowly at first, and then sharply.

As the financial crisis hit with the worst recession since the Great Depression, government revenues plummeted and stimulus spending surged to stabilize the economy from total ruin. This economic catastrophe, combined with an enormous reduction in revenue from the Bush tax cuts and the continued expenses of the Afghanistan and Iraq Wars, caused the debt to balloon. Under the two terms of the Obama administration, federal debt held by the public rose from 43.8% of GDP in Q4 2008 to 75.9% in Q4 2016, a 73.3% increase.

Under former president Trump, the national debt rose by 4% in his first three years in office.While Trump further slashed federal revenue with his Tax Cuts and Jobs Act, the national debt didn’t expand sharply as the economy had largely recovered from the 2008 financial crisis. However, in 2020, when the COVID-19 pandemic hit and spread unchecked, the U.S. economy was sent into recession. The virus forced widespread quarantines, shutdowns, enormous stimulus and relief expenditures, and drastically lowered government revenue. The level of federal debt held by the public will have grown by approximately 48% under Trump’s four years in office.