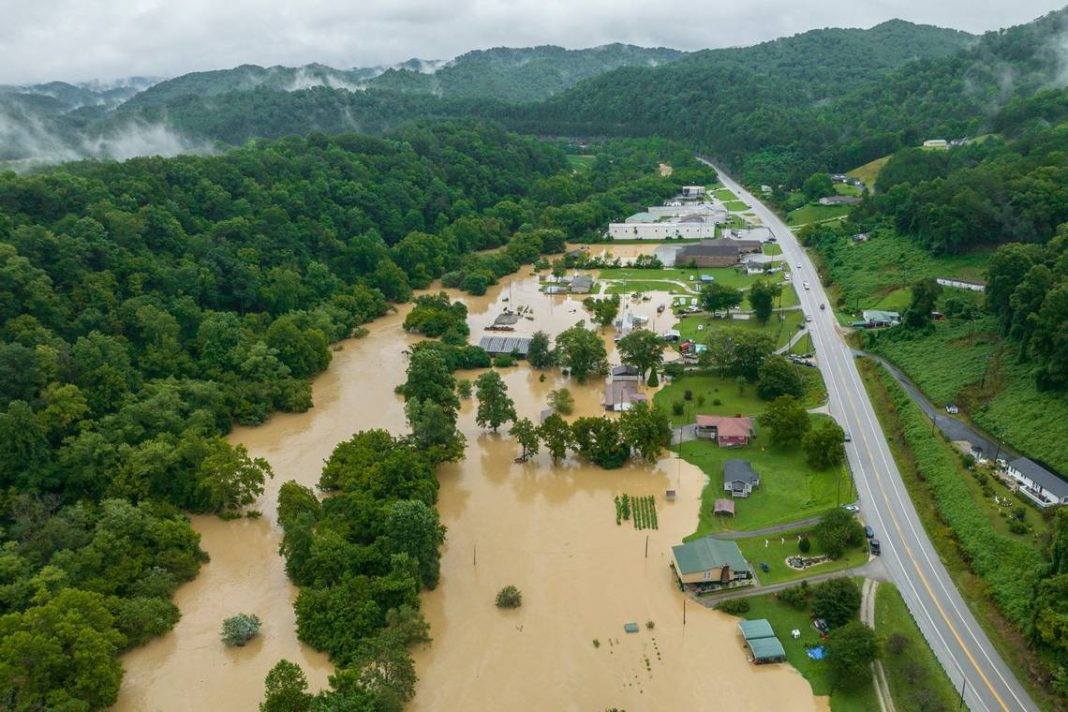 West News Wire: The terrible rainstorm that engulfed eastern Kentucky has claimed the lives of at least 24 individuals.

According to a Friday update from Governor Andy Beshear, six children are among those killed in the flooding.

Six children were killed, according to Beshear, after the bodies of four young siblings who had been swept away from their parents by floodwaters were discovered.

It’s difficult, and it’s even more difficult for those families and communities, he said. “Keep praying because there are still a lot of people missing and out there. We’ll try our best to locate them all.”

Four additional deaths were reported Friday night in eastern Kentucky’s Breathitt County, including three due to flooding. One person could not be reached by EMS and a lack of medical attention contributed to their death, according to county Coroner Hargis Epperson.

Also Friday, President Joe Biden issued a major disaster declaration in the state and ordered federal aid to be sent to “areas affected by severe storms, flooding, landslides, and mudslides,” according to a news release from the White House.

It was not clear how many people were still unaccounted for Friday evening. In Breathitt County, 12 people remained unaccounted for, Epperson said Friday night.

Beshear said the state made around 50 air rescues and hundreds of boat rescues Thursday. So far, 294 people have been rescued and 337 are in shelters, he added.

“This situation is ongoing,” he said. “We are still in the search and rescue mode and at least in some areas, the water is not going to crest until tomorrow.”

Rescue teams, assisted by the National Guard, were searching Friday for more missing people, according to The Associated Press.

Jerry Stacy, the emergency management director for Perry County, told news reporters, “We’ve got people coming in to help.” “That will be our priority, and, you know, we do still have folks missing, and we’re doing everything we can to find them,” was the statement.

He stated that “several counties” in the state lack water and that more than 23,000 people are without power.

According to Beshear, employees from the Kentucky Transportation Cabinet are working to clear at least 28 state highways that have been stopped due to flooding damage.

We have engineers and bridge inspectors on the ground, but we can’t even access some of these roads, he said. “It is awful,”

Through the weekend, 2 to 4 inches of rain is possible in eastern Kentucky.