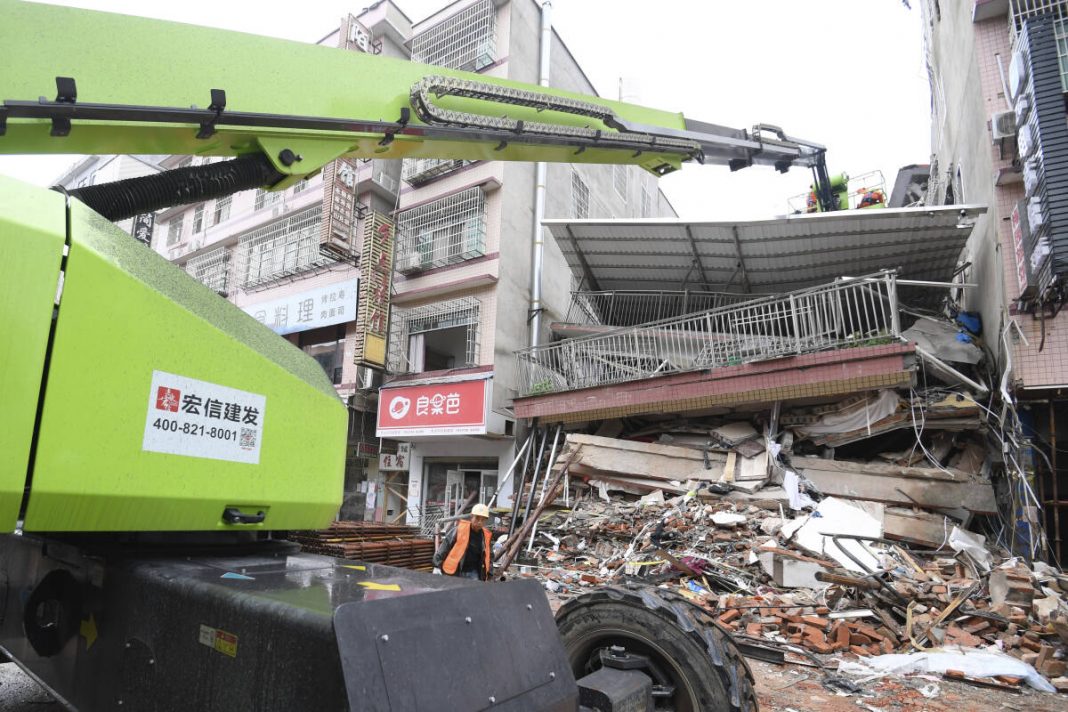 West News Wire: According to state media, the death toll following the collapse of a residential and commercial building in central China last week has risen to 26.

According to the official Xinhua News Agency, ten more people have been rescued from the wreckage in Changsha.

According to Xinhua, the tenth survivor, an unidentified woman, was rescued shortly after midnight on Thursday, nearly six days after the building collapsed unexpectedly on April 29. Since then, rescue crews with search dogs have been combing through the ruins.

According to Xinhua, the woman was conscious and directed rescuers on how to take her out safely. The search also included the use of hand tools, drones, and electronic life detectors.

At least nine people have been arrested in connection with the collapse of what Xinhua has described as a “self-built building” on suspicion of ignoring building codes or committing other violations. Varying reports have said the building was either six or eight stories tall.

All of the survivors were reportedly in good condition after being treated in a hospital. Intermittent rain showers in recent days may have increased their chances of survival without food or water.

In an account of Monday’s rescue of the eighth survivor pulled out, state media said rescuers faced an unstable pile of rubble that they had to work around rather than demolish. Prior to the rescue, they were able to feed in video equipment to communicate with the girl and establish that one of her legs was trapped.

Before retreating to draw up a strategy, they fed in saline solution for her to drink, to which she responded, “Don’t worry big brother, I know you’ll be back for me right away,” the reports said.

No other details about the girl or her condition were given.

The arrested include the building owner, three people in charge of design and construction and five others who allegedly gave a false safety assessment for a guest house on the building’s fourth to sixth floors.

The building also housed residences, a café and a restaurant.

An increase in the number of collapses of self-built buildings in recent years prompted Chinese President Xi Jinping to call last month for additional checks to uncover structural weaknesses.

Poor adherence to safety standards, including the illegal addition of extra floors and failure to use reinforcing iron bars, is often blamed for such disasters. China also suffers from decaying infrastructure such as gas pipes that has led to explosions and collapses.