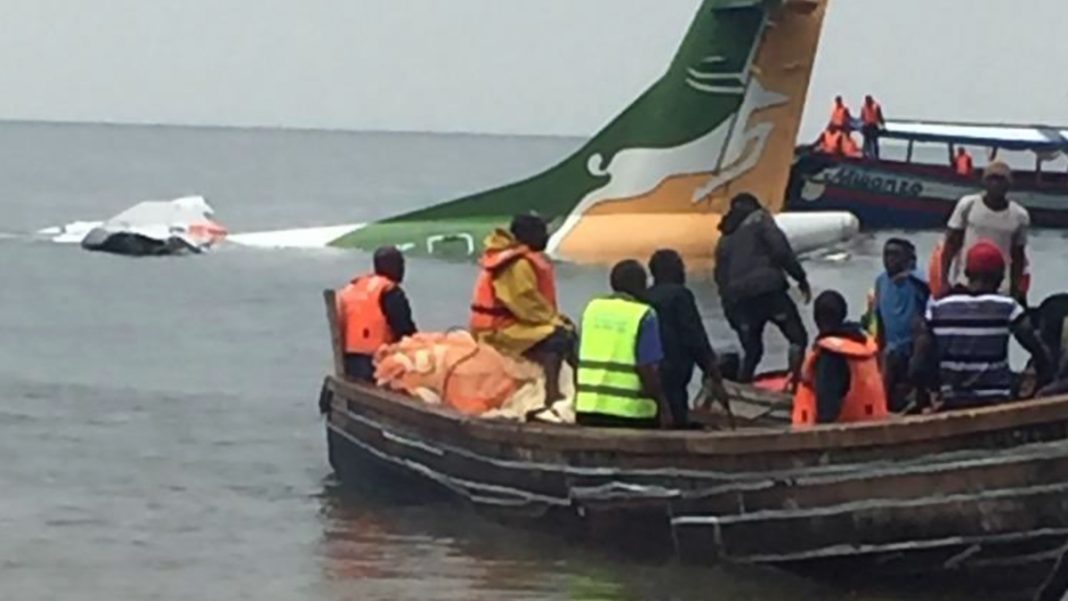 West News Wire: According to Kassim Majaliwa, the prime minister of Tanzania, the number of fatalities from Sunday’s jet disaster in Lake Victoria has increased to 19.

The aircraft, which took off from Dar es Salaam, the country’s economic hub, crashed while attempting to land in bad weather.

In the northwest city of Bukoba, where the plane was headed before it crashed into the lake, Majaliwa told reporters, “All Tanzanians join you in mourning these 19 persons who have lost their lives.”

43 individuals were on board the aircraft, according to regional commissioner Albert Chalamila, including 39 passengers, 2 pilots, and 2 cabin personnel.

Local authorities and the airline earlier said that 26 survivors out of the 43 people on board flight PW 494 had been pulled to safety and taken to hospital in Bukoba, a lakeside city in the Kagera region.

It was not immediately clear if the 19 victims included rescuers who drowned or whether the 48-seater aircraft had more people on board than previously disclosed, a regional official said.

“We are continuing to investigate,” said Chalamila. “There is a possibility that two people were not onboard but died during the rescue effort.”

“An investigation team consisting of Precision Air technical staff and TAA (Tanzania Airports Authority) has also departed to join the rescue team on the ground,” the airline said in a statement.

“We have managed to save quite a number of people,” Kagera province police Commander William Mwampaghale told journalists earlier in the day.

“When the aircraft was about 100 metres [328 feet] midair, it encountered problems and bad weather. It was raining and the plane plunged into the water. Everything is under control.”

News reports showed photos of the plane mostly submerged in the lake with only its green- and brown-coloured tail visible above the water line.

“According to the police commander in Bukoba, the plane crashed due to bad weather, fog. It is raining around that area. Rescue efforts are still ongoing. The airline has worked in Tanzania for so long and has had no crashes,” Saidi said.

Bukoba Airport is on the shores of Lake Victoria, Africa’s largest lake. Rescue boats were deployed and emergency workers continued to rescue other passengers trapped on the plane.

“I have received with sadness the news of the accident involving Precision Air’s plane,” she tweeted. “Let’s be calm at this moment when rescuers are continuing with the rescue mission while praying to God to help us.”