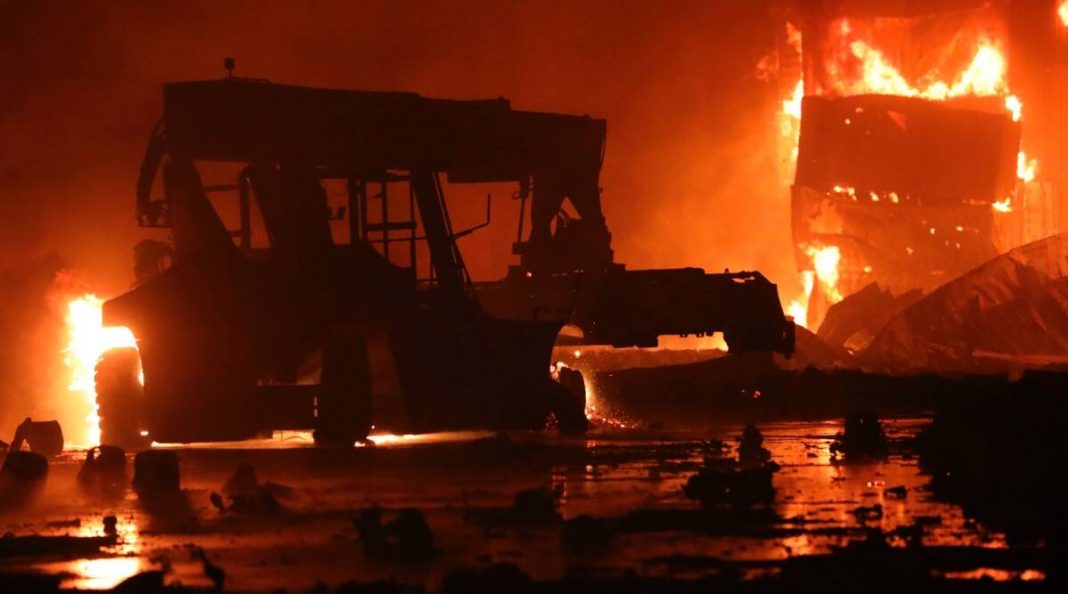 West News Wire: According to senior officials, a massive fire swept through a container depot in southeastern Bangladesh, killing at least 49 people and injuring more than 300.

Officials said a fire broke out at a container facility in Sitakunda, 40 kilometers (25 miles) from the port city of Chittagong, on Saturday night, resulting in multiple explosions.

“The death toll has risen to 49,” Chittagong’s chief doctor, Elias Chowdhury, told news reporters. He also stated that more than 300 people were injured as a result of the fire and subsequent explosions.

“The number of fatalities is expected to rise,” Chowdhury previously told the AFP news agency. “Some of the injured are in critical condition.”

At least 21 firefighters, who had been at the scene attempting to douse the blaze, have been injured.

They were hurt during the secondary explosions.

The explosions shook the neighbourhood and shattered windowpanes of nearby houses, local residents said.

“I was standing inside the depot. The explosion just threw me some 10 metres [11 yards] from where I was standing. My hands and legs are burned,” Tofael Ahmed, a truck driver, said.

The explosion was so loud that it shook residential buildings several kilometres from the depot, said Mohammad Ali, 60, who has a nearby grocery store.

Firefighters were still working to put out the fire on Sunday morning, police said.

It was not immediately clear what caused the blaze. Fire service officials suspected it might have originated from a container of hydrogen peroxide and spread quickly to other containers.

About 5,000 containers are at the BM Inland Container Depot, which handles goods for export and import, according to local media.

Chaudhury said security measures at industrial facilities have improved since the Rana Plaza disaster in 2013, but that chemical plants located in close proximity to towns still posed a risk for residents as well as workers.

Chittagong civil surgeon Mohammed Elias Hossain has urged all doctors in the district to help tackle the situation and called for emergency blood donations.