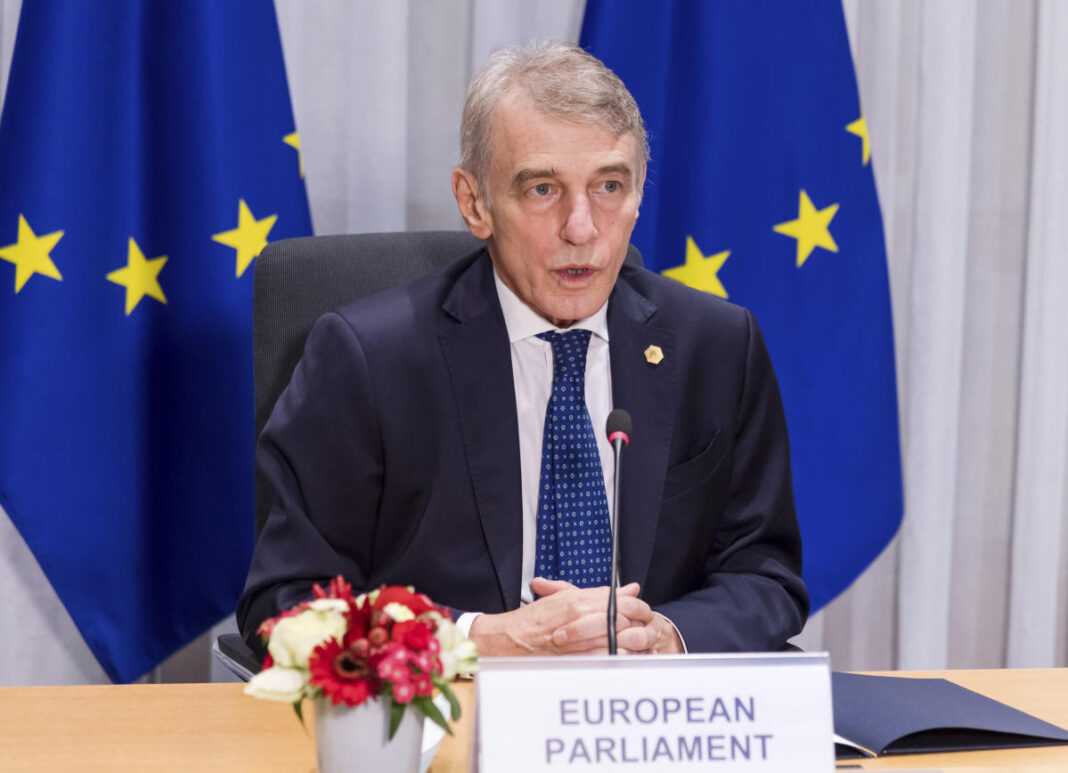 West News Wire: David Sassoli, an Italian journalist who rose through the ranks of politics by defending the oppressed and marginalized to become the president of the European Union’s parliament, died on Tuesday in an Italian hospital at the age of 65.

President of the European Council, Charles Michel, described Sassoli as a “sincere and committed European.” His personal warmth, compassion, friendliness, and grin are already missed.”

Sassoli, a socialist, has been hospitalized since December 26 due to irregular immune system functioning, according to his spokesperson Roberto Cuillo. Sassoli will be laid to rest on Friday at Rome’s Santa Maria degli Angeli, which hosts state funerals.

Sassoli had been struggling for months with poor health after he suffered pneumonia caused by the legionella bacteria in September. His health steadily declined afterward and he was forced to miss several important legislative meetings. Yet, as much as possible, he stayed on the job, where his vigor and easy smile had always been a trademark. He was at his strongest when he took up the cause of migrants who died crossing the Mediterranean or dissidents such as Russian opposition leader Alexei Navalny, who is taking on the Kremlin from a jail cell.

“Everyone loved his smile and his kindness, yet he knew how to fight for what he believed in,” European Commission President Ursula von der Leyen, reminiscing how Sassoli had traveled to Germany to see the infamous Berlin Wall come down well over three decades ago.

European unity was his benchmark, just as much as justice among all Europeans was.

“Our union has lost at the same time an Italian patriot, a great European and a tireless humanist,” French President Emmanuel Macron said.

Over the past few months, he improved enough to preside over a European Parliament session in December to give the EU’s main human rights award, the Sakharov Prize, to Navalny’s daughter. High in symbolism, it showed him at his best. A few weeks later, his wishes for the new year showed him as an optimist with great expectations.

“We can be that hope when we don’t ignore those in need. When we don’t build walls on our borders. When we fight all forms of injustice. Here’s to us, here’s to hope,” he said in the address.

He is survived by his wife, Alessandra Vittorini, and his children, Livia and Giulio. Flags flew half-staff and the European Parliament opened a condolences register. The European Commission will hold a minute of silence when it meets on Wednesday.

Pope Francis, who received Sassoli in an audience last year, sent an unusually heartfelt telegram of condolences to Sassoli’s wife, paying tribute to him as an “animated believer of hope and charity who, in a peaceful and respectful way, worked for the common good with a generous commitment.”

A lifelong fan of the Fiorentina football club, he emulated the refined style of the team where Gabriel Batistuta and Roberto Baggio thrived. But in the end, like the Florence club, he also never got to reach the very highest level. Being head of the European Parliament doesn’t compare to being a prime minister or leading the European Commission or Council.

Sassoli came to lead the European legislature in 2019 following an intricate bout of political infighting among EU leaders, which also saw the German Christian Democrat von der Leyen become European Commission president and the Belgian free-market liberal Michel take the job as EU Council president. Sassoli and von der Leyen were picked by EU leaders practically out of the blue, stunning themselves and the rest of the world.

Even if he was often overshadowed by von der Leyen and Michel, Sassoli led an institution which has become ever more powerful over the years and has become instrumental in charting the course of the European Union in many sectors, be it the digital economy, climate or Brexit.

An adroit political shaker, using his bonhomie to the hilt, he helped steer several of the most important political issues facing the EU to a successful conclusion and none more so than the 1.8 trillion-euro pandemic recovery fund and seven-year budget.

Yet his two and a half years in charge was affected by both the pandemic, which often turned the European parliament into a remote digital institution where his human warmth lost impact, and his own deteriorating health.

His pinnacle came on the European scene but he was just as respected in his native Italy.

Italian Premier Mario Draghi sent condolences on behalf of the Italian government and paid tribute to Sassoli as “a man of institutions, a profound pro-European, a passionate journalist, Sassoli was a symbol of balance, humanity, generosity.”

The head of Sassoli’s Democratic Party and a longtime friend, Enrico Letta, praised Sassoli’s European passion and vision and vowed to carry them forward, though “we know we’re not up to it.”

Sassoli was first elected to the European Parliament in 2009. He won another term in 2014 and served as its vice president. He started out as a newspaper journalist before entering broadcasting as a high-profile presenter in Italy. It was a stepping stone for his political career.

He pondered running for the second half of the five-year term, which begins next week, but opted against it when parliamentarians in Strasbourg, France, chose their new president.

“I am sad,” said Roberta Metsola, the Christian Democrat who was slated to succeed Sassoli next week. I’ve lost a friend, Europe has lost a leader, and democracy has lost a champion.” “He committed his life to make the world a better, fairer place,” she added of Sassoli.