wnw24
Home Sport Daniil Medvedev to face Taylor Fritz of US in next Cincinnati Masters... 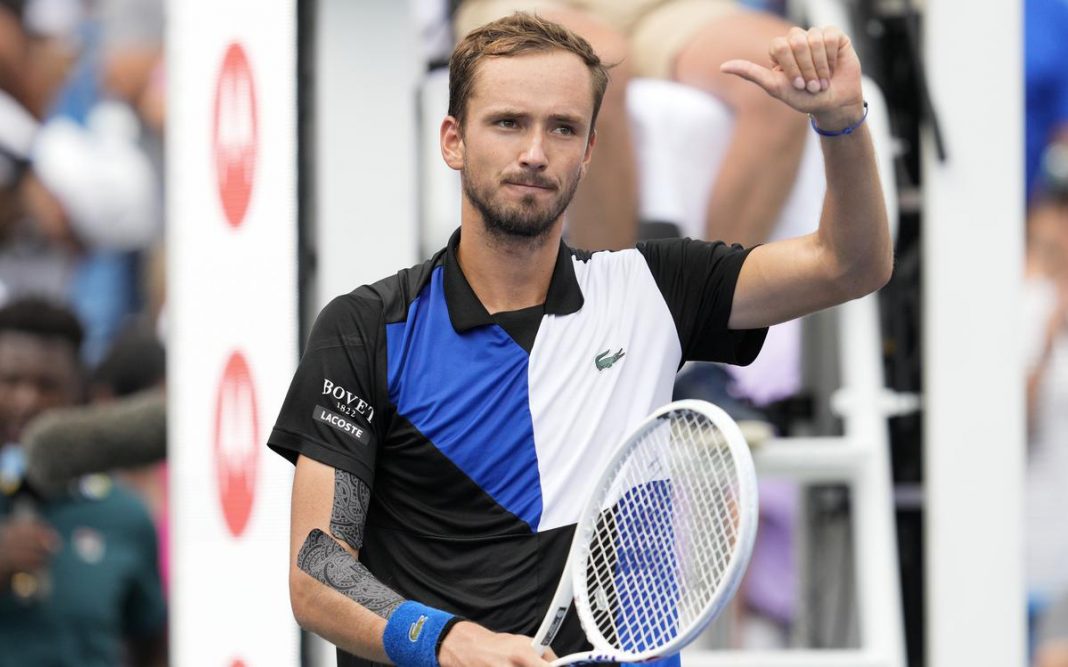 West News Wire: Daniil Medvedev of Russia defeated Denis Shapovalov of Canada in straight sets on Thursday to advance to the Cincinnati Masters quarterfinals. The renowned ATP hard court tournament’s next round will pit Medvedev against American Taylor Fritz.

After Rafael Nadal lost in the second round of the Cincinnati Open earlier this week, Medvedev assumed the top spot in the world rankings until the US Open, where he will defend his championship when play gets underway in New York at the end of August.

But 26-year-old Medvedev, who wants to leave Flushing Meadows on a high note, defeated Shapovalov 7-5, 7-5 in a match that lasted one hour and forty-five minutes.

Medvedev secured the first break of serve in game three of the opening set, although Shapovalov later broke back to level the set at 4-4.

Medvedev made another breakthrough on the Shapovalov serve in a lengthy game 11 which lasted 15 points, before serving out the set.

The second set saw just one break of serve as Medvedev made the decisive move in game 11, then serving to love in the next game to seal the match.

The Russian top seed said he was generally pleased with his day’s work against his 23-year-old rival.

“The match was pretty tight. I felt that it was a great level,” Medvedev said on court after the match.

“My goal was to stay there every point possible and try and put pressure on him when I had the chance.

“But there were many points where I was just running across the baseline, trying to get back his shots. Generally happy with the level.”

Medvedev next faces number 11 seed Fritz who booked his quarterfinal place with a three-set win over Russia’s Andrey Rublev in their match on Thursday.

Fritz claimed the Indian Wells Masters 1000 title earlier this season, and the 24-year-old is seen as an increasing threat to his rivals higher up the rankings.

“Taylor is a great player. We have hit quite a few times. Before the ATP Cup we had a session and I think he beat me, which doesn’t really matter,” Medvedev said.

“But I said to my coach, ‘Wow he can play really well, it can be a good year for him.’ Then he won Indian Wells.

“Maybe he could have done better at some other tournaments, but he is a Masters champion. He is an amazing player and I need to be at my best to try and beat him.”

Medvedev is targeting a second ATP title of the season after winning the Los Cabos Open in Mexico earlier in August.