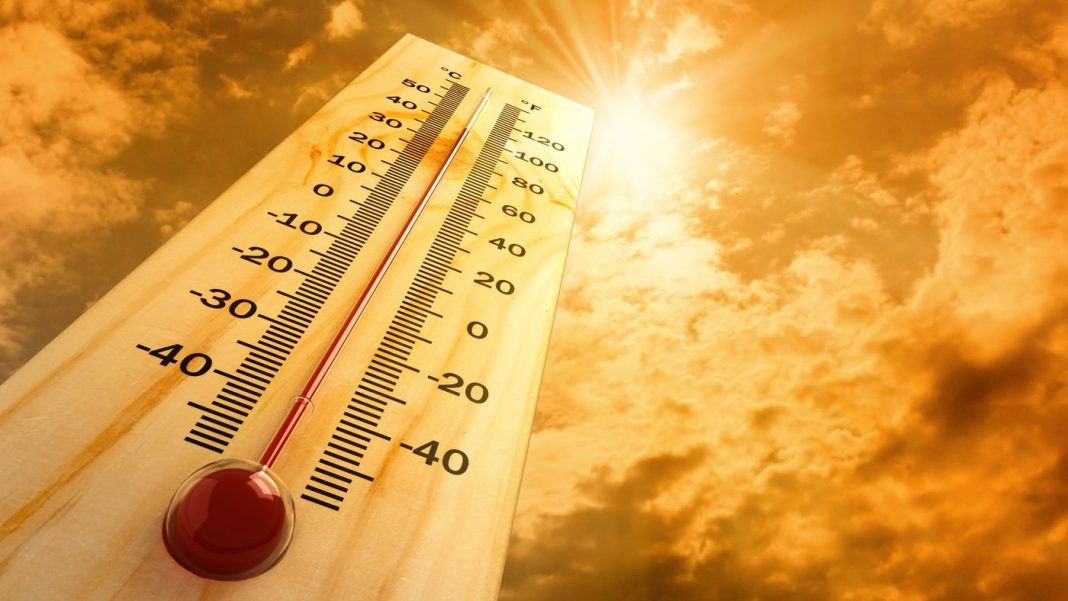 West News Wire: According to a new study, as climate change worsens, much of the world will likely experience officially “dangerous heat” at least three times more frequently.

A study published on Monday in the journal Communications Earth & Environment predicted that by the middle of the 20th century, spiking temperatures and humidity that feel like 103 degrees (39.4 degrees Celsius) or higher now an occasional summer shock should occur 20 to 50 times a year in many of Earth’s wealthy mid-latitudes.

According to the study’s lead author, by 2100, regions like the U.S. Southeast may experience this extreme heat index for the majority of the summer.

And it’s far worse for the sticky tropics. The study said a heat index considered “extremely dangerous” where the feels-like heat index exceeds 124 degrees (51 degrees Celsius) now something that rarely happens will likely strike a tropical belt that includes India one to four weeks a year by century’s end.

“So that’s kind of the scary thing about this,” said study author Lucas Zeppetello, a Harvard climate scientist. “That’s something where potentially billions of people are going to be exposed to extremely dangerous levels of heat very regularly. So something that’s gone from virtually never happening before will go to something that is happening every year.”

Zeppetello and colleagues used more than 1,000 computer simulations to look at the probabilities of two different levels of high heat  heat indexes of 103 degrees (39.4 Celsius) and above 124 degrees (51 Celsius), which are dangerous and extremely dangerous thresholds according to the U.S. National Weather Service. They calculated for the years 2050 and 2100 and compared that to how often that heat happened each year across the world from 1979 to 1998.

Read More
US responsible for failure in climate cooperation: China

The study found a three- to ten-fold increase in 103-degree heat in the mid-latitudes even in the unlikely best-case scenario of global warming limited to only 3.6 degrees (2 degrees Celsius) since pre-industrial times the less stringent of two international goals.

There’s only a 5% chance for warming to be that low and that infrequent, the study found. What’s more likely, according to the study, is that the 103-degree heat will steam the tropics “during most days of each typical year” by 2100.

Chicago hit that 103 degree heat index level only four times from 1979 to 1998. But the study’s most likely scenario shows Chicago hitting that hot-and-sticky threshold 11 times a year by the end of the century.

Heat waves are one of the new four horsemen of apocalyptic climate change, along with sea level rise, water scarcity and changes in the overall ecosystem, said Zeppetello, who did much of the research at University of Washington state during the warming-charged 2021 heat wave that shattered records and killed thousands.