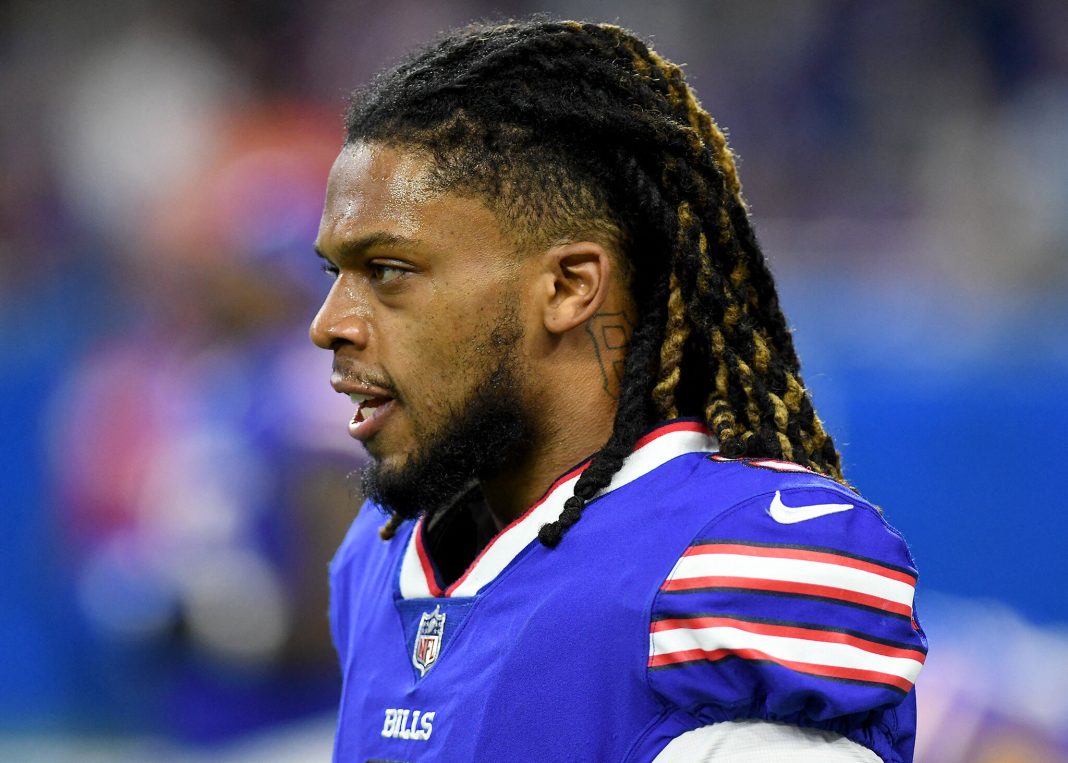 West News Wire: Damar Hamlin spoke up for the first time this week after experiencing cardiac arrest earlier in an NFL game.

The Buffalo Bills safety wrote on Instagram on Saturday, “When you send real love out into the universe it comes back to you 3x’s as much.” The outpouring of love has been overwhelming, but I appreciate each and every person who has prayed for me and contacted out.

The message added, “We brought the globe back together behind this.” “If you know me, you would realize that this will only strengthen me. Keep praying for me on the long journey!

Hamlin expressed his gratitude for the week’s overwhelmingly positive support in yet another statement he posted on Twitter on Saturday.

“The love is felt, & extremely real. No matter race or religion everybody coming together in prayer!” he tweeted.

Hamlin, 24, was hospitalized in critical condition after collapsing on the field during Monday night’s game against the Cincinnati Bengals. After several days on a ventilator, the Buffalo Bills updated on Friday that Hamlin was now breathing on his own and talking to family and doctors.

The team said in an update on Twitter on Saturday that Hamlin is “making continued progress” but “remains in critical condition” at the University of Cincinnati Medical Center.

The team said Hamlin “continues to breathe on his own” and that “his neurological function is excellent.”

Hamlin was able to FaceTime with the Buffalo Bills’ players and team on Friday, saying, “Love you boys.”

“The thing that makes me laugh is he did this to the guys right away he flexed,” Bills head coach Sean McDermott told reporters Friday about the call. “He flexed on them, I guess. He’s just got some staple things that they know him for and that he does.”

After Hamlin collapsed on the field Monday night, scores of concerned fans showed their support via an online fundraiser created by the young NFL star previously. The fundraiser, which is aimed at helping buy toys for kids in need, has now received more than $8 million in donations.